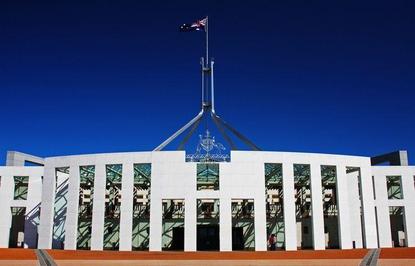 With the roll out of the National Broadband Network due to be completed next year, Australia’s new communications minister says that there will not be an immediate push to privatise NBN Co.

Prime Minister Scott Morrison’s post-election ministerial shakeup saw Paul Fletcher appointed minister for communications, cyber safety and the arts. In his first major interview since being given the role — formerly held by Senator Mitch Fifield, who will be leaving parliament to become Australia’s ambassador to the UN — Fletcher told ABC News that the roll out of the NBN was on schedule to be completed in 2020.

Questioned on the issue of privatisation, the minister said that “it’s always been envisaged that at some point, at some point, NBN would pass from government ownership into other ownership.”

“There's a whole series of steps in the legislation that have to occur; I think we're some way away from that,” Fletcher said.

The legislation that created NBN Co — the National Broadband Network Companies Act 2011 — outlines the process necessary before the Commonwealth privatises the company. That process includes a declaration by the communications minister that the new network is “built and fully operational” and that the finance minister considers that conditions are suitable for selling off the NBN. The declaration by the finance minister is subject to disallowance by either house of parliament. In addition the act requires the Productivity Commission to scrutinise the impact of a sell-off, and for privatisation to be subject to an inquiry by a parliamentary committee.

“My focus as minister is let's get the rollout completed, but then, let's also look to the question of how best we leverage this vital national asset to deliver economic and social outcomes,” Fletcher told the ABC.

“We need to make sure that we are focused on getting the best outcomes from this asset,” the minister said. “The fact that we now have new ubiquitous availability in the footprint of 50 megabits per second — how do we best take advantage of that? What are the ways that, in a whole range of sectors, health, education, agriculture, resources and many others, that we are making best use of this national asset?”

Fletcher said that his predecessor ministers had necessarily had “a very substantial focus on getting the rollout done”.

“As we come to completing the rollout, I think it's timely to be looking at the question of: how do we best make use of this national asset to achieve the social and economic outcomes that it’s there to produce?” he said.