Apple’s most important developer conference in years had plenty of news for enterprise IT, everything from new hardware to a new iPad operating system and a revamped iOS 13 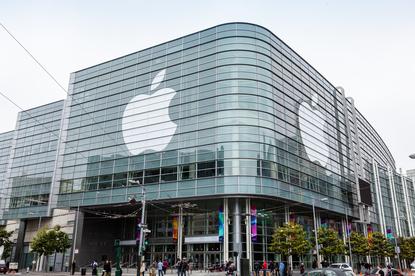 Apple today offered up a bounty of announcements at its Worldwide Developers Conference during a 2.5-hour keynote that included the unveiling of a new Mac Pro, a highly revamped iOS 13, a new iPadOS and  changes to the upcoming macOS “Catalina.” Many have implications for enterprise users.

Here are an even dozen of the most important announcements:

You can run Mac apps on an iPad

That’s what Sidecar is about. The ability to use your iPad as a second screen with your Mac is useful, but the game-changing element is that it runs wirelessly as long as the devices are within 30 feet of each other. It lets you mirror the Mac desktop, or use the iPad as an additional screen.

This means you can run macOS apps — including powerful Mac Pro apps — using your iPad to control what’s happening. This feature will be helpful to Apple users with multiple devices and especially valuable to studio engineers, scientific researchers, or anyone who’s wanted to run Mac apps on an iPad. Apple Pencil support also means you can use your iPad like a Cintiq with your Mac.

And can do more on an iPad….

The iPad its getting its own dedicated operating system, iPadOS. This is a highly capable operating system festooned with features to make these devices even more productive. Highlights: A much-improved iteration of Split View, the capacity to switch apps in Slide Over while continuing to use your main app, and – finally! – support for external thumb drives. (The drices will appear as an item in the Files app, as will data held on an SMB file server). Although Apple didn’t tout it during the lengthy keynote, mouse support will be an Accessibility option.

When you receive a message via AirPods, you’ll be told who the message comes from and you can respond using your voice. Now, imagine that kind of voice control reaching the Mac, iPad, iPhone. As of this fall, this all-new accessibility tool will roll out across Apple’s platforms.

That’s a convenience for most of us, but could be transformational for those who until now have been locked out of technology. Voice control isn’t new, of course — but Apple’s approach seems highly intuitive. Voice Control will be available on Macs, iOS and iPadOS. Control even extends to gestures like tapping, swiping and scrolling.

Most enterprises may want to consider Sign-in with Apple. The company’s answer to sign-in systems from the likes of Facebook and Google will enable users to securely authorise services and apps without sacrificing privacy.

This appears to be largely aimed at tech and service consumers and is quite clearly a direct shot at rivals in the space given Apple’s claims around privacy. But it goes further: Given that numerous companies now deploy Macs and iPhones could Sign-in with Apple become a new de facto standard for ultra-secure access to enterprise apps and services?

A platform that scales

Apple’s Mac Pro is incredibly exciting for power users. I’m still crunching through all the data concerning the new hardware, due out later this year, but it seems safe to say that the company has proved its ability to deliver a platform that scales all the way from wearable devices up to the highest-end workstations.

You’ll be able to create music with more than 1,000 tracks in Logic, run three 4K video streams concurrently in real time, and even purchase Mac Pro configurations for rack space. This is Apple claiming an ecosystem right across the environment, from creation to distribution and consumption.

This power comes at a price: The entry-level Mac Pro and accompanying (and industry-leading) Pro Display XDR will cost around US$12,000. This is not a hobbyist Mac.

Apple Watch will gain the ability to run and install new apps without an iPhone via its own App Store, making the popular wearable ever more independent of the smartphone. Eventually, the Apple Watch becomes a viable alternative to the iPhone for some tasks. This will have enterprise implications, too.

Swift UI is a new user interface framework designed to make it easier to build apps. It makes user interface development much faster with reduced code, meaning you can more swiftly (sic) build apps for deployment across all Apple platforms.

iOS 13 gets a performance boost

Along with adding new features, Apple has continued to improve the mechanics of iOS. Apple promises performance improvements of 30 per cent, and much faster app launches – thanks to apps that will be up to 60% smaller in iOS 13.

This offers a variety of benefits, not least of which is extra capacity to stuff more photos and videos into iPhones. They’ll be analysed by Apple’s machine learning models, which now work on-device across the company’s entire product line while leaving privacy intact.

A new ‘Find My’ tool

Apple has added a new Find My Mac tool to its Find My application (which itself combines both Find My Friends and Find My iPhone). This works even when your Mac is switched off, as it uses low-range Bluetooth to communicate its position to any nearby iOS device.

Apple claims this process is private and secure (I believe this), but the Mac will need to have a built-in T2 chip. This feature also means you can exercise an Activation Lock. This will make Macs much less attractive to thieves, and helps protect enterprise data.

Another element of protection coming soon: all apps will need to be notarized by Apple in order to run on macOS Catalina— even apps sold and distributed outside the App Store. That last element means enterprise users must ensure any of their own apps are notarized when they approve use of Catalina on their Mac fleets.

Apple hosted an entertaining demo of ARKit 3 and a virtual reality version of Minecraft. One highlight is the ability to put a person inside a virtual space.

Think about that tech with regard to field service technicians, who can figure out how to manage and fix problems in virtual space before reaching a destination; crisis and emergency management responding to an emergency; and any other scenario in which real people need to rehearse reaction to real world problems.

With the addition of new libraries of common objects and Reality Kit, it seems clear Apple is laying the ground for its long-anticipated AR glasses products.

Now, for some bad news

Apple confirmed that iOS 13 will end support for some older iPhone models. The new mobile OS will require an iPhone 6 or 6 Plus or newer to run; the still highly popular iPhone SE will never get the new operating system.