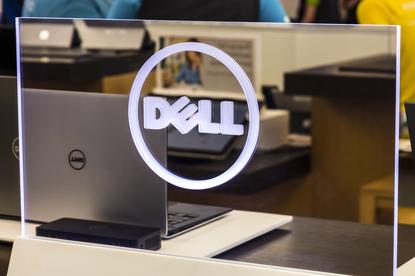 Almost three years after acquiring EMC in a US$67 billion deal deemed one of the largest acquisitions in the technology industry, Dell Technologies has started to present itself to the enterprise world as one technology powerhouse.

The rebranding to Dell EMC was first announced in September 2016 at the same time when the Dell Technologies entity was created as a parent organisation for Dell, Dell EMC, Pivotal, RSA, Secureworks, Virtustream and VMware.

With two global events for Dell and Dell EMC, Dell Technologies decided to bring together Dell World and EMC World into one single event. This event was called Dell EMC World in 2016 and 2017 but has been renamed in 2019 to Dell Technologies World, which was 75 per cent "all about" VMware, cloud and hybrid, which are all based on VMware software, Gartner analyst Roger Cox said.

A spokesperson for the company told ARN that the decision to rebrand its flagship event was in order to address customers and partners needs and "to provide a holistic view of our company strategy and product portfolio roadmap".

However the changes did not stop there, with the company renaming its channel program, previously called Dell EMC Partner Program, to Dell Technologies Partner Program, first launched February 2017.

"Michael Dell wants to present his company in a holistic manner to the enterprise world, because that's the benefit of what he's done," Cox told ARN.

"They want to present that under a Dell Technologies umbrella, so all of the sales and customer facing people have had their business cards changed to say Dell Technologies," Cox explained.

"As our customers look to work with fewer, and more strategic, technology partners, we have also aligned our customer-facing sales team under the Dell Technologies brand to offer customers the full breath of our product and solution offerings," the spokesperson told ARN.

The changes have also applied to the Dell EMC website. Since the beginning of May it has Dell Technologies branding, although it retains the dellemc.com domain.

Cox said that, at the global level, the company is moving more and more towards a Dell Technologies brand but at the product level, the branding remains Dell EMC in storage and there is no movement afoot to change that, which Dell reinforced by telling ARN that the structure of Dell and Dell EMC remains the same.

There has been no apparent sign that other Dell Technologies subsidiaries may be going through the same process.