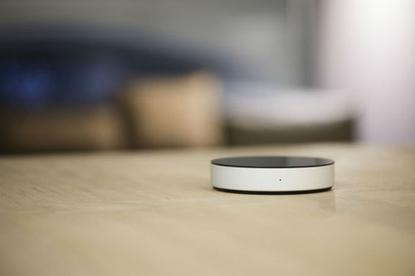 Australia’s household internet of things (IoT) market reached $1.1 billion last year, having surged in growth by 57 per cent since 2017.

A report by analyst firm Telsyte claimed more than five million Australian households - 50 per cent of the total number - had installed at least one smart home item by then end of 2018.

According to the Telsyte Australian IoT@Home Market Study 2019, the market will reach $5.3 billion by 2023 with the average household having roughly 18 smart devices.

Among the current five million, around a quarter are considered ‘invested’ in smart home technology, with at least five different IoT@Home products already installed, including cameras, smart plugs, smart lighting and smart appliances.

According to Telsyte, these households tended to comprise of younger families and tech enthusiasts who are more likely to use consumer devices such as drones, VR headsets and location tracking tags.

Smart speakers currently - and will continue to - command the majority IoT@Home market, the report said. More than 2.5 million, or a quarter of Australian households, will be using smart speakers by end of the year, a rise of 1.6 million in 2018.

Telsyte noted a rising interest in smart speaker applications, such as using them to control lights and unlock doors, although getting everyday information remains the primary use of them, alongside music playlists.

Telsyte forecasts Google and Amazon will continue to be the top two sellers during 2019.

Energy-saving devices meanwhile such as smart batteries have helped make the smart energy segment worth more than one-third of the total IoT@Home market by revenue.

In the long-term, smart connected appliances are expected to be the longer-term IoT@Home market driver beyond 2020, making up around 40 per cent of the industry’s annual revenue by 2023.

Additionally, IoT@Home services will form a growth area with currently a third Australians “interested” monthly subscriptions such as home security monitoring and energy monitoring and optimisation services, the report said.

Further growth will come from the commerce market, whereby consumers purchase goods via their smart speakers. Although in its infancy, Telsyte claimed the market will become mainstream within the next 10 years.

“The natural extension of this is for sellers to look at technologies that can generate greater convenience than current eCommerce experiences and IoT@Home technology is a key enabler,” the report said.