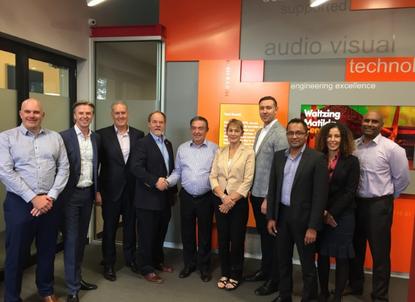 Australian audio-visual integrator Rutledge AV has been acquired by a US company for an undisclosed sum.

US-headquartered Diversified will use the acquisition as a launchpad vehicle into the Australian market, incorporating Rutledge AV as a wholly-owned subsidy.

Founded in 1979 by Michael and Sandy Rutledge, the Melbourne-headquartered company claims to be Australia’s largest AV integration specialist with offices across seven states and territories and more than 350 AV staff members.

As a result of the acquisition, Rutledge will now sell Diversified's offerings in Australia, with Rutledge CEO Andrew Morrice leading its local expansion.

Morrice described the deal as a “logical choice” owing to the similarities between the two businesses.

"I'm delighted to have found the perfect home for what has been my life's work," Michael Rutledge said. "Sandy and I look forward to seeing the company continue to thrive as part of the Diversified family."

Diversified has more than 30 offices across the world, including two Asia Pacific bases in South Korea and Japan.

As well as audio-visual integration, the company also has capabilities in digital signage, structured cabling and medical, among others.

“Welcoming Rutledge into the Diversified family is a huge milestone that I am proud to be part of,” Diversified president Kevin Collins added. “Much of our strategic international growth has led us to this point, where we now have established entities in almost all continents across the globe.”