71 per cent growth expected in Asia Pacifc over five years 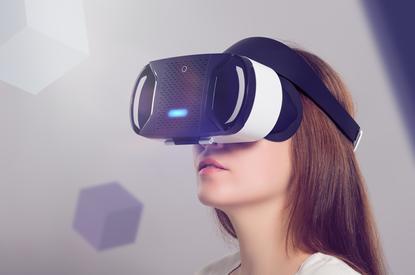 Regional consumer and business spending on augmented reality and virtual reality (AR/VR) will reach $10 billion (US$7.1 billion) this year, according to IDC.

The latest report from the research firm showed expenditure in the sector grew by 75 per cent over the last year across Asia Pacific, excluding Japan. Further growth in the region is expected to rise at a five-year compound annual growth rate (CAGR) of 71 per cent between 2017 and 2022.

According to IDC, commercial expenditure in combined AR and VR products will rise from its current position of 58 per cent to nearly two-thirds of the market by 2022 with sectors such as  personal and consumer services, education and retail leading the charge.

“As the lines between digital and physical continue to blur, several progressive organisations across Asia Pacific are experimenting or deploying AR/VR technologies to prepare for the future of work,” said Avinav Trigunait, research director for future of work at IDC Asia Pacific.

“Use cases of AR/VR are emerging across sectors that include delivering more personalised customer experiences, accelerated product designing and go to market, AR guided workflows and maintenance, as well as VR trainings for better learning outcomes and improved health and safety for employees.”

Trigunait cited software vendors such as Adobe and Autodesk as spurring development of AR/VR content and applications by including specific features in their solutions.

Broken down, hardware - largely host devices - will account for nearly half of all AR/VR spending throughout the five-year period with significant growth predicted in spending on AR viewers.

Software meanwhile will account for roughly 40 per cent of the overall spend, with AR software expected to rise by 108.2 per cent CAGR between 2017 and 2022. Growth in services spending is also forecasted to skyrocket by 143 per cent by CAGRs of AR systems integration.

Although VR will lag behind AR, virtual games could be a potential market-driver, currently garnering around 28.03 per cent  of the overall AR/VR spend in 2018, followed by training and video/feature viewing.

Across the region, China remained the biggest spender on the technology, with slower growth and experimentation taking place elsewhere.