There are four types of MSP, but which ones sell?

For M&A focused partners, "hard work does not equal value" 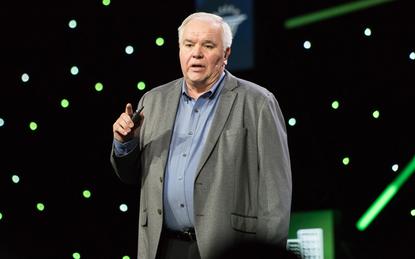 The channel is made up of four types of managed service provider (MSP), with each standing to dictate the terms on which a business owner can negotiate an exit strategy.

Amid an increased era of mergers and acquisitions (M&A) activity locally - with partners either buying or selling businesses every four days - the DNA of the business will impact the value placed on it by outside investors.

Unveiled during IT Nation Connect in Australia, MSPs can be defined as servitude; lifestyle; growth or hyper-growth businesses, each carrying pros and cons for the entrepreneur steering the ship.

“You must figure out which kind of company you want to run,” advised Arlin Sorensen, vice president of peer groups at ConnectWise. “They all work but you can’t be jumping back and forth, you have to be clear to your team what you are trying to accomplish and what the end game is.”

In addressing more than 500 attendees on the Gold Coast, Sorensen said the market is made up of these four types of companies, with the onus now on business owners to self-identify.

“The first one is servitude,” Sorensen explained. “This is a company in which the entrepreneur lives to work, that’s all they think about. They get up in the morning, go and do their job and tomorrow, they do it all over again.

“But that’s not going to carry a lot of value in the marketplace because people aren’t looking to buy those kind of companies. All the customer relationships are with that individual entrepreneur so you have to move beyond that.”

Second up is lifestyle companies, in which the entrepreneur works to live.

“They build their business in a way that funds the lifestyle that they want to have,” Sorensen added. “While most people think lifestyle businesses aren’t successful, when done right, they can in fact be a very successful model.

“The key in a lifestyle business is that you have to put the money away as you earn it because at the end, it’s not going to have a lot of value in the marketplace because it’s tied to the entrepreneur.”

Delving deeper, Sorensen outlined growth businesses as those that aspire to “go up to the right” on a consistent basis, with plans in place to increase revenues and profitability.

“These are the types of companies that people really want to buy,” Sorensen explained. “Because there’s a good probability that they will produce a return on investment.

“The fourth is a hyper-growth company, in which people trade their time for a period to try and rapidly get from point A to point B, knowing that they are going to sell the business at that point. But that either works really well or it becomes a big failure, there’s not a lot of in-between with this one.”

As the channel arrives at a crossroads, a crossroads dominated by M&A, Sorensen is a voice of authority on the topic, speaking as the founder of HTG Peer Groups (HTG), a community of IT solution providers that includes more than 500 member companies throughout North America, Asia Pacific and EMEA.

The business was acquired by ConnectWise in early 2018, leveraging a strategic alliance that spans more than 10 years.

“An entrepreneur probably accidentally starts a business because they are good at either taking care of the customer or fixing things. Then they hire other people around them because they can’t keep up and all of a sudden, they are trying to run a company.

“Muscle and feel is about really doing it with gut and grit and that’s how most businesses start and a lot of them get stuck.”

According to Sorensen, the biggest mistakes partners make in terms of business maturity is alluding to the misplaced belief that hard work guarantees success.

“If partners don’t remember anything else I say, then they need to remember this,” Sorensen clarified. “People believe that if they work hard in their business, someday that’s going to translate into revenue or even a sale, with value.

“Hard work does not equal value. People do not buy a company to work hard, they buy a company because it has got value and will provide a return over time so you have to focus on creating a company of value.”

Sorensen recalled a recent call from the owner of an MSP, in which the individual outlined how he had logged more than 100 hours of work a week in management, during the past eight weeks.

Shaking his head in disagreement, Sorensen said the business owner was seeking a “pat on the back”, in recognition of the efforts and determination on display.

“I said, ‘man, this is not how you get there’,” Sorensen said. “Working hard is never going to get you to where you want to go. We have to work obviously but it’s important that we understand what has value in the marketplace.

“None of us will take our business with us, it’s going to transition, and whether it’s going to family or some other transition, we need to be creating value. A big part of that is learning how to move beyond muscle and feel, and not getting stuck there.”

In moving beyond muscle and feel to the next phase of growth, Sorensen said partners can then begin to manage towards “what good looks like”.

“This is when partners really begin to understand what is possible,” added Sorensen, in reference to HTG. “Benchmarking allows partners to understand that, ‘hey, maybe I can do better’.”

The power of such a group is evident in the recent mega merger of PowerNet IT Solutions and Evolve IT, resulting in the creation of an MSP with more than 50 years of market experience.

As revealed by ARN, the merger leveraged both company’s "longstanding membership and involvement" with HTG.

“We benchmark financials in our peer groups, and when people come to their first meeting, a lot of time they walk in thinking they are doing really well until they are benchmarked and realise areas exist where they can do better,” Sorensen explained.

“We all need to figure out where those areas are because that’s how we can move our businesses forward to the next level.”

The way to achieve that is through planning, outlined Sorensen.

“Nothing will happen if you don’t have a plan, and knowing what you need to do better will not make any difference,” he warned. “It’s actually about executing a plan consistently over time.”

Speaking as an entrepreneur, Sorensen acknowledged that the attraction of running a business is centred around the desire to “be your own boss”. But such a desire can become a distraction over time.

Citing a quote by Thomas Edison, Sorensen’s message to MSPs was clear: “vision without execution is hallucination.”

“A lot of MSPs are hallucinating because they are not executing,” he said. “We have ideas but we don’t really execute, which is the key to planning.”

For Sorensen, business owners must widen the circle of influence to build out teams capable of executing on such ideas, as a way to help move an otherwise stagnant company in the right direction.

“As an entrepreneur, we’re going to run out of gas at some point, we cannot carry the company to the end on our own,” Sorensen added. “We have to be surrounded by good people and get them on the same page. And that’s where strategy comes into the picture, we have to act with the end in mind.

"We have to know where we are trying to go with our legacy and communicate that with our teams. We’re committed to helping you grow your company and move towards a more mature place."

James Henderson travelled to IT Nation Connect as a guest of ConnectWise.