US networking firm to acquire Netcomm Wireless for $161M 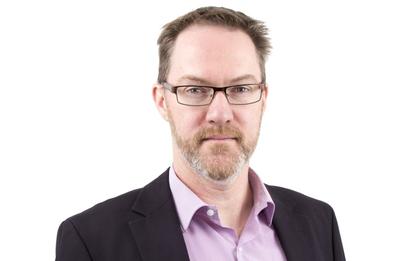 Australian networking solutions provider Netcomm Wireless is to be acquired by the US-based Casa Systems for $161 million.

Pending agreement by shareholders and Australian court approval, Netcomm will become a wholly-owned subsidiary of the Massachusetts-based firm.

Under the terms of the deal, Casa Systems will purchase 100 per cent of the publicly-listed company in cash, with shareholders receiving $1.10 per Netcomm ordinary share.

In an Australian Securities Exchange (ASX) announcement, Netcomm chairman Justin Milne told shareholders that the company’s board of directors had unanimously approved the deal.

“The price is a very tangible measure of the value and quality of Netcomm’s telecommunications technology solutions, our position in the global telecommunications industry, and our recent strong performance developing unique 4G and 5G solutions, winning and retaining key contracts,” he said.

Shareholders are scheduled to vote on the agreement in June. If agreed and by a court under the Australian Corporations Act 2001, the deal will go ahead by the end of the month.

The company has 700 employees across the world, plus wholly-owned subsidiaries in Canada, the Netherlands, France, Spain, Ireland and China. Its revenue for financial year 2018 reached around $300 million.

“With complementary product portfolios, the combination of Casa Systems and Netcomm strengthens our ability to meet the growing demand for increased bandwidth by communications service providers around the world,” Casa Systems CEO and chairman Ken Guo said.

“Moreover, it positions the combined company with a broad, highly competitive product portfolio for new 4G architectures and 5G wireless.”

The announcement coincides with the departure of long-serving Netcomm CEO and MD Ken Sheridan due to family health issues.

Sheridan, who had been in the role for eight years, will remain as an executive director and will be temporarily replaced by the company’s CTO Steve Collins until a new CEO is appointed.

“I am honoured to have been part of Netcomm’s senior management team over the past eight years,” Sheridan said. “I look forward to continuing to support the Company albeit in a reduced role due to family health issues.”

The announcement also coincides with the release of Netcomm’s half year results for the period ending December 31.

The results showed a 6.5 per cent rise in revenue to $94 million from the corresponding period last year. However, its net profit after tax (NPAT) decreased by 37.2 per cent to $2.3 million.

The company cited higher depreciation and amortisation expense from its industrial internet of things (IIOT) business due to capital investment.

Last year, Netcomm settled a legal claim launched against it by Corning Optical Communications last year alleging the company had infringed on its patent.