Sales at $3.8 billion in first half for the group 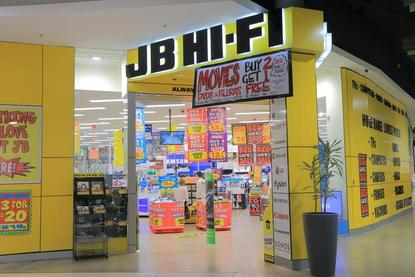 JB Hi-Fi Solutions, the arm of the retailer focused on providing products, maintenance and professional services, has seen a "double digit" growth in sales during the first half of the 2019 financial year.

According to the publicly-listed company, JB Hi-Fi Solutions is on track to deliver on the "longer term aspirational sales target" of approximately $500 million per annum, through both organic growth and strategic acquisitions.

Overall, the retailer generated $3.8 billion in total sales for the half year with net profit after tax of $160 million, a 5.5 per cent growth compared to the previous corresponding period.

JB Hi-Fi experienced growth in communications, games hardware, audio, fitness and connected technology. Online sales were up 21 per cent to $144 million and representing 5.6 per cent of total sales.

“We are encouraged by the improved performance in New Zealand, particularly the strong comparable sales growth which is evidence that our offer is resonating with customers," Group CEO Richard Murray said.

"We continue to re-position the business which has included the closure of a loss making store in July, and in October the appointment of a local managing director, Cherie Kerrison."

The Good Guys business, which was acquired in September 2016, saw an 2.8 per cent increase in sales to $1.13 billion and gross profit of $233 million. Two new stores were opened one in Springvale, Victoria and one in Moore Park, Sydney.

"We are pleased with our performance in the important first half of FY19. We are clear on our objectives for the next six months and are excited by the outlook for the business," Murray said.

JB Hi-Fi will close two stores and open another five in Australia while it closes one in New Zealand. It will also open two new The Good Guys stores.

The business currently has 316 stores across Australia and New Zealand – 197 JB stores in Australia, 14 in New Zealand and 105 The Good Guys stores.