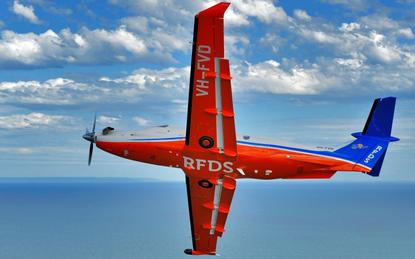 RXP Services has been charged with helping the Royal Flying Doctor Service (RFDS) automate its data reporting processes, which can take up to 16 weeks.

RFDS is an aeromedical organisation that provides extensive primary health care and 24-hour emergency services to Australians over an area of 7.69 million square kilometres.

The organisation operates 69 aircraft and 115 healthcare vehicles staffed by doctors, nurses and dentists who have in excess of 330,000 patient interactions per year.

RFDS has six operation offices across the country and was looking to automate its data reporting and move to an evidence-based decision-making model within 18 months.

The period was established as RFDS needed to help determine where to allocate up to $80 million in annual funding it receives from the Federal Government.

Because the offices used different data systems the collection and analysis of the flights' data – needed to provide evidence-based decision-making – was being done manually from up to twenty different systems consuming precious time.

This specific data has to be reported to the Commonwealth Government every six months. From collecting the data from each office to analysing it while running scripts to cleanse the information and ensuring it was consistent with its reporting format; the process could take up to 16 weeks.

Ultimately, RFDS wanted a services provider who was able to build a solution to automate the process.

RXP implemented Alteryx software which automates data preparation, blending and analytics into the RFDS’ existing systems. The data is then pushed to Snowflake's data warehouse and then data visualisation software tool Tableau transforms the information into interactive dashboards.

The result was the 16-week process now takes only 30 minutes with the possibility of human error eliminated.

The solution also enabled it to provide funders greater transparency on operational performance; improve the capability for future research projects; provide the Commonwealth Government with access to reliable, meaningful and accurate reporting using dashboards and reinvest savings made from reducing data wrangling into further service provision.

RXP Services engaged with RFDS in early 2018 and the first phase of the project took 60 days. The services provider has now an ongoing relationship with the institution.

With the successful result, RFDS plans to roll out the technology stack to further automate its data reporting of dental and mental health services.