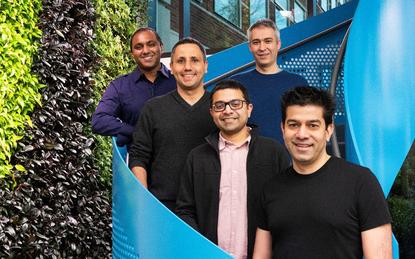 Citus transforms PostgreSQL into a distributed database, increasing performance and scale for application developers, according to Microsoft.

"Because Citus is an extension to open source PostgreSQL, it gives enterprises the performance advantages of a horizontally scalable database while staying current with all the latest innovations in PostgreSQL," said Rohan Kumar, corporate vice president of Azure Data, in a blog post.

"Citus is available as a fully-managed database as a service, as enterprise software, and as a free open source download."

In March 2018, Microsoft launched a fully managed community-based database service for PostgreSQL. Since then the giant software vendor has seen its adoption surge leading to this acquisition.

The Citus Data acquisition allows Microsoft to provide scalability and performance to its customers as their workloads on Azure grow.

"I am incredibly excited to welcome the high-caliber Citus Data team to Microsoft! Working together, we will accelerate the delivery of key, enterprise-ready features from Azure to PostgreSQL and enable critical PostgreSQL workloads to run on Azure with confidence," Kumar said.

"We continue to be energised by building on our promise around Azure as the most comprehensive cloud to run open source and proprietary workloads at any scale and look forward to working with the PostgreSQL community to accelerate innovation to customers."

According to Citus Data, both companies share a mission of openness, empowering developers, and choice.

"We created Citus to transform PostgreSQL into a distributed database—giving developers game-changing performance improvements and delivering queries that are magnitudes faster than proprietary implementations of Postgres," stated Citus in a blog post.

"We launched our Citus Cloud database as a service and grew it to power billions of transactions every day—creating the world’s first horizontally scalable relational database that you can run both on premises, and as a fully-managed service on the cloud."

Citus Data pledged to remain focused on building a database on top of PostgreSQL providing users a "game-changing scale", performance and resilience.