Provider says it successfully delivered many similar projects around the world 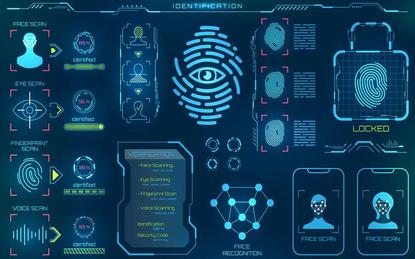 NEC Australia has said it was not the systems integrator but the contractor for the Biometric Identification Services (BIS) project.

On 21 January, the Australian National Audit Office (ANAO) published the findings of the review into the BIS project.

The report found that the management of the BIS project, which was the responsibility of the Australian Criminal Intelligence Commission (ACIC) had been deficient in "almost every significant respect".

The report also highlighted issues between the ACIC and NEC Australia throughout the project.

IT services and products provider NEC said in a statement it welcomed the ANAO's report into the BIS project and that it has a "proud history and reputation as a leader in biometrics technology globally and every day we strive to be cutting edge in this field".

“NEC has delivered many similar projects around the world successfully, often for Government and in most cases as Project Lead/Systems Integrator," a spokesperson said. “In this project however, NEC was not the systems integrator, but the contractor. NEC was ready to hand over the BIS project for systems testing when the project was terminated."

In other words, the ACIC essentially exercised the functions of a project leader.

In a statement, Shadow Attorney-General Mark Dreyfus and Shadow Digital Economy Minister Ed Husic called the results of the report "a damning indictment on the dysfunctional and incompetent Morrison Government and Home Affairs Minister Peter Dutton".

However, at the time the contract was awarded to NEC Australia, Michael Keenan was Minister for Justice and Minister Assisting the Prime Minister on Counter-Terrorism.

"The ACIC’s Biometric Identification Services Project was meant to assist law enforcement keep Australians safe by providing law enforcement with national fingerprint and palm print capability, a facial biometric capability and the ability to match identity using both capabilities," said Dreyfus and Husic in a statement.

"Despite millions being poured into the BIS project, not a single one of the project’s milestones or deliverables were met and the project was abandoned."

Both believe there needs to be some accountability for the failure of the project, especially given the $34 million spent on it.

As previously reported by ARN, the report by ANAO found that no milestones have been met during the years of the project.

ACIC also agreed to more than $12 million in additional work to be provided by NEC, however, the documentation showed that some of this work may have been unnecessary and already covered under the existing contract.

Records show that CrimTrac found 68 issues requiring clarification with NEC, this was at a later phase of the project reduced to 32 issues.

None of the issues were resolved by the time authorised officers signed the contract. In addition, the contract did not reflect every agreed negotiation issue.

It also found inadequacy of BIS staffing resources, with three project manager leaving the position in the eight-month period between June 2017 and February 2018.

ACIC said it would not comment any further on the matter.

Previously the ACIC issued a statement saying that it has committed to implement changes. It also said it had improved its program management office " to ensure a consistent, high-level approach to the delivery of projects", including governance and risk management and contract and records management.

"The ACIC will continue to focus on connecting police and law enforcement to essential criminal intelligence, policing knowledge and information through collaborative national information systems and services."