Signs up to Open Networking Foundation 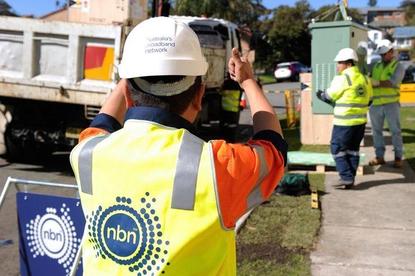 NBN Co announced today that it had become the first Australian commercial network operator to join the Open Networking Foundation (Australia’s AARNet is an ONF “collaborator”).

“By investigating open-source software and building on the work already done by the ONF, we can aim to drive programmable network architectures through disaggregation of control,” NBN Co’s chief technology officer, Ray Owen, said in a statement.

“This will help to enable us to achieve a faster time to market with our wholesale products and deeper systems integration with retail service providers.”

ONF counts as members some of the world’s best-known technology companies including Google, Intel, Cisco, DellEMC, Huawei and Microsoft, as well as network operators such as AT&T, Vodafone, Deutsche Telekom, Telefonica and China Unicom.

In a statement NBN Co said that membership of the foundation would give it “global insights as the telecommunications industry begins moving away from traditional single-purpose, proprietary platforms towards open and flexible lower-cost solutions.”

“The immediate opportunity for NBN Co in joining ONF is the ability to interact directly with a community of over 100 partners to begin investigating the company’s current and future network needs,” the company said.

“NBN Co is an ideal candidate to benefit from the ONF's access and edge projects,” said ONF vice-president of marketing and ecosystem, Timon Sloane.

The ONF originally launched in 2011.

In March last year the ONF board endorsed a new strategic plan that said the foundation was “at an inflection point in its mission to catalyze a transformation of the networking industry.”

“It has successfully delivered platforms and solutions that leverage disaggregation, merchant silicon, and open source software; and in doing so has provided a disruptive value proposition to service providers,” the plan stated. “At the same time, that very disruption is challenging vendors/integrator business models upon which operator rely.”

The board argued that the foundation’s role should expand from “being primarily focused on disruptive technology to also include an ecosystem focus on adoption and deployment”.

“Currently supporting XGS-PON and G-PON, our community would like to see SEBA expanded to support additional flavours of PON, DSL, DOCSIS and more.  This work has the potential to help vastly transform and optimise NBN Co's access network using next generation open source elements.”

“We are very excited to have NBN Co as the first Australian network operator joining the ONF membership,” Sloane said.