Huawei to invest $2B over five years in cyber security push 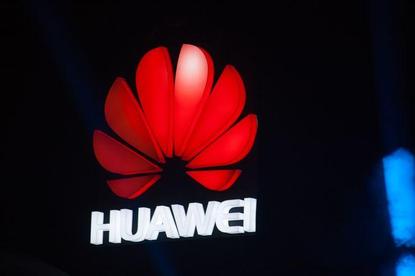 Huawei Technologies said it would spend US$2 billion over the next five years to focus on cyber security by adding more people and upgrading lab facilities, as it battles global concerns about risks associated with its network gear.

The typically secretive Chinese technology giant made the comments at one of its most in-depth press conferences at its Dongguan offices, after welcoming about two dozen international journalists into its new campus in the southern Chinese city.

Huawei has been in the news these past weeks for the arrest of its chief financial officer Meng Wanzhou - also the daughter of its billionaire founder Ren Zhengfei - in Canada at the request of the United States.

This has exacerbated the woes of the Chinese firm, which has already been virtually locked out of the US market and has been prohibited by Australia and New Zealand from building 5G networks amid concerns its gear could facilitate Chinese spying.

"Locking out competitors from a playing field cannot make yourself better. We think any concerns or allegations on security at Huawei should be based on factual evidence," its rotating chairman Ken Hu said. "Without factual evidence we don't accept and we oppose those allegations."

Huawei has been communicating with governments worldwide regarding the independence of its operation, he said. He added that Japan and France had not formally banned its telecom equipment. Recent media reports have indicated moves by these governments to shun the company's equipment.

Sources have told Reuters that Japan planned to ban government purchases of equipment.

Other media reported that the country's three top operators planned not to use current equipment and upcoming 5G gear from Huawei, and that France was considering adding items to its "high-alert" list that tacitly targets Huawei.

Huawei has repeatedly said Beijing has no influence over it.

At the tour of Huawei's Shenzhen headquarters on Tuesday, journalists glimpsed some of Huawei's most advanced R&D labs housed in a three-storey building with a white facade and four columns, referred to by insiders as the "White House".

Wu said Huawei had secured more than 25 commercial contracts for 5G, slightly above the 22 the Chinese technology giant had announced in November.

The company has shipped more than 10,000 base stations for the fifth generation of mobile communications, he said, adding that Huawei expects revenue to exceed $100 billion this year - up 8.7 per cent from last year.

Huawei is the world's largest supplier of telecommunications network equipment and second-biggest maker of smartphones and unlike other big Chinese technology firms, derives half its revenue from overseas.

Wu said on Tuesday Huawei was looking forward to "a just conclusion" in the case of Meng, who was arrested in Vancouver on 1 December after US officials alleged Huawei was trying to use banks to evade sanctions against Iran and move money out.

She is awaiting possible extradition to the United States in a case that has roiled global markets amid concerns it would exacerbate tensions between the United States and China, which are already strained over trade matters.

Meng, the 46-year-old daughter of Ren, has said in a sworn affidavit she is innocent and will contest the allegations against her at trial if she is surrendered to the United States.

Wu said Meng's arrest has had no impact on the travel of the company's senior executives.