Why our healthcare sector is still technologically dysfunctional

The current status quo of where the sharing of timely critical, clinical data often needed at the point of care is almost non-existent, says Rafic Habib 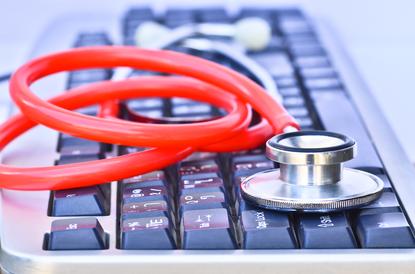 It was a period when Australia began to look above the parapet to broader horizons - the Vietnam War was an ulcerated sore, and Gough Whitlam’s focus on schools and healthcare were issues that resonated with a young Baby Boomer generation.

The introduction of Medicare under Whitlam is the architectural framework that underscores our health system. Medicare has undergone many changes, but the one thing that has remained constant under all political administrations, is the commitment to safeguard it.

We are the envy of the developed world, and how healthcare in Australia is delivered, genuinely makes us a lucky country.

However, times change, and as the evolution of technology grows along with medicine and healthcare, its administration is now more than ever a frontier reliant on the application of integrated technology to deliver better healthcare standards.

With the frontier of change, the administration of healthcare and medicine presents now more than ever a landscape of complexity, multiple stakeholders, vested interests and a legal minefield where the challenge to manoeuvre through murky legal waters requires the adept skills of a seafarer.

As Australia’s healthcare sector continues to evolve through the applications of new technology, there seems to be however, a failure within our health sector’s desire to implement seamless uniform interoperability.

The current status quo of where the sharing of timely critical, clinical data often needed at the point of care is almost non-existent.

It’s not unreasonable to expect as we move forward into the future, health systems of compatibility become seamless, yet that appears not to have happened. Rather than advance an environment of interoperability, there seems to be a reluctance around doing so.

Ten years ago, initiatives were designed to build a bridge of clinical data sharing, however, that bridge seems to be one too far to cross. Impeding it’s path may be the legal minefield surrounding the sharing of data that is the spanner in the works preventing the wheels of progression from turning.

If it is legislation surrounding seamless interoperability and its legalities preventing data sharing of clinical notes, then those laws must change and evolve with the times with a new legal framework enacted.

The assurance of privacy & cyber security is critical in the area of health management and healthcare and protecting patient data and information.

The point of care information creates is a dramatic shift in how healthcare is administered - it transforms the delivery of medicine to a level never before experienced in Australia.

It makes accessibility to relevant patient information live, allowing doctors to make critical informed decisions on the spot as opposed to waiting three to four days for information to become available.

Secure messaging, is an example of what comes close to interoperability.

Argus, the providers of the service and owned by Telstra Health, New Zealand’s Healthlink and Queensland’s Medical Objects have shown how interoperability can bridge the gap between companies, and yet, there still remains a fundamental flaw in the design of each platform – the failure to communicate with each other.

Equating mobile telephony to interoperability in the healthcare system, highlights the importance for the need to communicate seamlessly. It would be ludicrous to have a mobile network where a set of mobile customers could not call another phone service provider’s users.

Allowing a service provider’s customers to call only its own network users would make no sense - creating a dysfunctional telecommunications environment that serves no meaningful value.

What is required is ensuring healthcare in Australia advances well into the millennium where all new healthcare providers comply to a standard that connects each provider to the other, catering for true real-time interoperability which is patient or clinician driven in urgent care scenarios.

If patients want to transfer their files from a doctor who uses one particular platform to a doctor who uses another, then a patient should be able to inform the doctor of their decision to move making the transition of file transfer seamless with the push of a button.

This is the basis for true interoperability and patient driven care, and one of the many steps required to achieve more patient engagement and greater care outcomes

Medicare has set the standard globally for how governments administer the delivery of healthcare services to their citizens – the time has now come for industry and regulators to advance the delivery of medicine and health into a new modern realm and drive the initiative for interoperability for an even greater health service.

Rafic Habib is the CEO of Clinic to Cloud.