TAFE NSW to spend $89M in new IT system 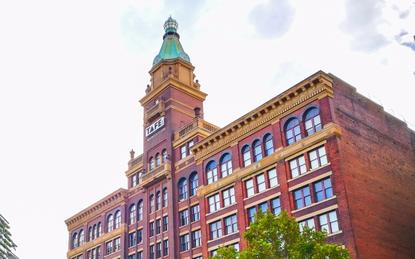 A report by the NSW Auditor General has found that TAFE NSW continues to face system limitations and could spend up to $89 million on a new IT system.

TAFE NSW has experienced issues with its student administration system since 2014–15, according to the report, which analyses the results of audits of the industry cluster agencies for the year ended 30 June 2018.

According to findings, the issues faced by TAFE NSW have required additional processes and resources to verify the accuracy and completeness of revenue from student fees for the last three years.

The audit concluded that procedures to address system limitations are costly, causing delays in financial reporting and increased resource commitments for staff, contractors and audit.

TAFE NSW now expects to spend up to $89 million to replace its student administration and learning management (SALM) system, which they believe will address the issues. The organisation has yet to set a date that the new system will be implemented, the report stated.

The report found three high risk matters in relation to financial delegations in the SAP system not agreeing to the actual documented delegation at TAFE NSW, absence of procedures to verify changes to supplier bank account details at TAFE NSW and purchase orders created and approved after the invoice date, which was a repeat issue.

In November 2017, it was revealed that the five-year contract awarded to Red Rock Consulting, a DXC Technology subsidiary, for the new enterprise resource planning (ERP) software being deployed at TAFE NSW was valued at $83.2 million.

According to NSW Government tender documents published at the time, the contract is for the delivery and management of a fit-for-purpose service to effectively and efficiently manage the enquiries and recruitment of students and customers, throughout the student life cycle and to manage the associated revenue and alumni of the tertiary education provider.

This was to replace a system initially provided by UK-based Tribal, which was selected in 2011 to implement its ebs student management system to TAFE NSW under the learning management and business reform (LMBR).

However, TAFE NSW faced several issues that were blamed on the Tribal system, including delays in student enrolments and inaccuracies in student finances.

At the time, TAFE NSW and Tribal issued a joint clarification claiming those issues were “due to a host of issues related to non-integration with the third party fee calculator, staff training compliance, data migration scope and quality of legacy data”.

According to an iTnews report in January, the LMBR program cost $752 million over nine years.