All 350 lots worth $853 million sold to Australia's telcos 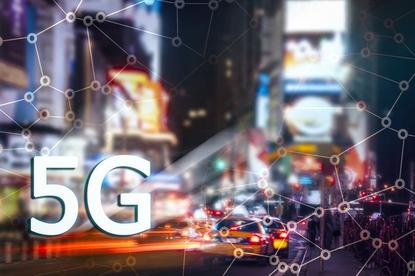 In results announced on 10 December, the telco paid $386 million for 143 lots giving it 60 MHz of 5G spectrum in Australia’s major cities and between 50-80 MHz of contiguous 5G spectrum in regional areas.

Crucially the auction will give Telstra band spectrum in Sydney and Melbourne - 12 lots per city - which the telco giant previously lacked.

The auction’s conclusion comes eight months after the the Federal Government first revealed it would put 125 MHz of mobile spectrum in the 3.6 GHz band up for auction, opening up for the door for new 5G services in metropolitan and regional Australia.

Licences won at auction will start in March 2020 and will extend until 13 December 2030. However, ACMA said earlier access to the band can be arranged “provided that no interference is caused to existing licensees”.

Telstra has already switched on 130 5G-enabled sites across Australia and claims it will turn on the remaining 70 by the end of 2018.

“Over the coming months, we will continue expanding our 5G coverage with plans to roll out to more capital cities, regional centres and other high demand areas,” Telstra CEO Andrew Penn said.

He added that 5G will “radically alter the way we do business, consume content and connect with each other”.

Although the proposed merger between VHA and TPG is still pending regulatory approval, the two companies were still able to bid in the auction through a joint venture.

“While VHA has now secured access to 5G spectrum, it is still important that we complete the merger with TPG to create a scale business with a significantly increased ability to invest in networks, new technologies and competitive plans and products for Australian customers,” VHA CEO Iñaki Berroeta said.

“We are in the final stages of virtualising VHA’s core network. We have completed our dark fibre transmission rollout and are finalising our detailed infrastructure planning, while leveraging the expertise of our global shareholders.”

Of all the telcos, Mobile JV is the only one gaining lots in all of Australia’s major cities, with Telstra missing out on Perth upper band.

At the same time, Optus gained no lots in any of the capitals, but Optus currently holds about 100 MHz in the band from its acquisition of Vividwireless in 2012.

NBN Co meanwhile holds 75 MHz in reserve, which it was given by the Federal Government in 2015 to provide fixed wireless for roughly 80,000 premises on the metro fringe.