NBN Co is a victim of its own success: Telco review 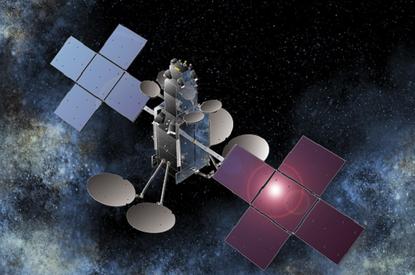 An artist's impression of the Sky Muster satellite

The NBN Co has become a “victim of its own success” in regional Australia due to unprecedented demand for its services, an inquiry has found.

The 2018 Regional Telecommunications Review: Getting it out there has called for a boost in funding in telecommunications infrastructure as the National Broadband Network (NBN) experiences higher-than-expected user numbers in rural areas.

According to the committee’s findings, the NBN is already experiencing degraded network performance in parts of the fixed wireless network, forcing NBN Co to inject more capital expenditure through to 2022.

“In some respects, NBN Co is a victim of its own success,” the report said. “Regional Australians are happily contributing to the unprecedented year-on-year growth in demand for data and this is placing pressure on all regional telecommunications networks, including the NBN.”

“With the ongoing increases in data usage, it is not clear to the committee whether these three issues will be permanently addressed by the current network upgrades. Having said that, at least there are upgrade pathways for the fixed-wireless network.”

As such, the inquiry recommended that the Federal Government commits to a large scale, multi-year stronger regional connectivity package to improve broadband and mobile connectivity, particularly in areas served by NBN Co’s Sky Muster satellite service.

“Some Australians using the Sky Muster service are being held back economically and socially by the constraints of the satellite network, particularly as demand for data and the use of digital technology increases,” the report found.

In addition, the committee called for the NBN Co to be more open about future upgrades, claiming a lack of transparency about locations and timings of upgrades was creating uncertainty about broader investment in rural Australia.

Among the recommendations was establishing criteria for planned future technology upgrades, plus handing responsibility to a senior executive to improve the fixed-wireless and satellite networks.

Another suggestion included introducing an independent measuring of the performance of fixed-wireless and satellite NBN services.

Meanwhile, the Government should not change the universal service obligation (USO) arrangements until there are alternative voice options for people in Sky Muster satellite regions, the report added.

The USO is the obligation placed on universal service providers to ensure that standard telephone services, payphones and prescribed carriage services are reasonably accessible to all people in Australia on an equitable basis, wherever they reside or carry on business, as stated by the Australian Communications and media Authority (ACMA).

Other recommendations included an audit into repairing regional landlines, better ‘truth’ in advertising about regional services and a review of existing data limits in Sky Muster areas. Unmetered data should also be made available for accessing government services.

On a local level, the inquiry suggested improving digital literacy, particularly in the agricultural sector, by deploying independent advisers and creating an online hub to provide information on connectivity.

The report also recommended creating a targeted Indigenous Digital Inclusion program with a focus on access, affordability and digital ability be developed in partnership with
Indigenous communities.