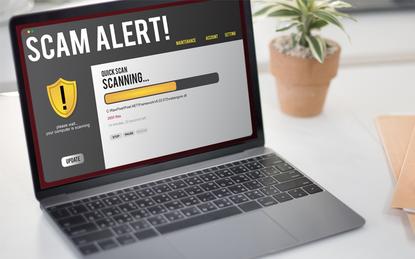 Australian businesses have lost more than $2.8 million dollars to fraudsters intercepting their internal email networks, a report has revealed.

The Australian Competition and Consumer Commission (ACCC)-dedicated website, Scamwatch, stated the number of reported incidences has grown by a third this year.

Taking place in a variety of guises, BEC most commonly occurs when a hacker is able to spoof a business’ email address so their messages appear to come from the company.

The hacker then sends legitimate-looking emails to customers claiming that the business’ banking details have changed and that future invoices should be paid to a new account, causing payment to be inadvertently sent to fraudsters.

In other instances, the hacker will send a spoofed email internally to a business’s accounts team, pretending to be the CEO, requesting funds - such as rent or salaries - be transferred to an off-shore account.

"It’s a scam that targets all kinds of businesses, including charities and local sporting clubs,” said ACCC deputy chair Delia Rickard. “There is a misconception these scams target just small business, however, the largest amount of reports and losses came from medium-sized businesses.”

Advising on how to prevent incidences, Rickard said businesses should keep their anti-virus and anti-spyware software up-to-date and consider using a multi-person approval process for transactions over a certain threshold.

She added that using a good firewall and checking with suppliers if they notice any payment detail changes would help prevent losses.