Tasked with building out the vendor’s channel strategy and engagements 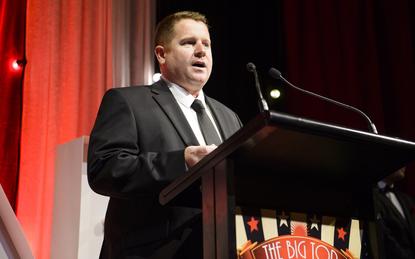 Rodney Thorne has been appointed as director of channels across Asia Pacific at Cybereason, weeks after resigning from F5 Networks.

Based out of Sydney, Thorne is tasked with building out the vendor’s channel strategy and engagements within the entire region, effective 26 November.

“It's great that we are forming a first class team here in Asia Pacific,” said Charlie Cote, vice president of Asia Pacific at Cybereason. “Rod's experience is a great addition to the existing team.

“He will be responsible for building out relationships with global system integrators (GSIs) and other security firms to ensure our endpoint detection and response (EDR) platform combined with our AI hunting capabilities are positioned as a strong consideration for all partners.

“We have new appointments to be announced shortly in the wider APAC region which will add to this now formidable team.”

According to Cote, the addition of Thorne is the second "significant appointment" in recent weeks with Sydney-based Simon Bryant joining as sales director in September.

"We intend to continue to invest in and expand the team as our revenues continue to grow,” Cote added.

As reported by ARN, Thorne resigned as director of channel sales across Australia and New Zealand (A/NZ) at F5 Networks in October, exiting the vendor after over four years.

Thorne joined F5 in July 2014, with a management focus on regional sales and channel growth, spanning commercial and partner markets on both sides of the Tasman.

Previously, Thorne was general manager of enterprise channels across A/NZ at Motorola for more than eight years, following a five-year stint as business manager at Ingram Micro.

“Cybereason is an exciting and amazing cyber security company to join,” Thorne said. “This solution is very relevant and topical right now.

“At Cybereason, it’s all about the solution, the customer and how we provide a platform to proactively return the advantage to the defender rather than adversaries.”

The business is privately held, having raised $189 million from top-tier venture capitalists, and is headquartered in Boston, with offices in London, Tel Aviv and Tokyo.