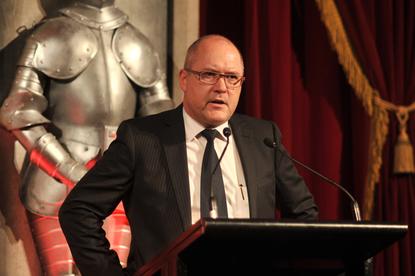 Klasie Holtzhausen is taking a second bite at Symantec, returning as the security vendor’s senior director of channel across Australia and New Zealand (A/NZ).

The industry veteran steps into the role that was vacated by Joe McPhillips in September, who has since moved on as the director of Asia Pacific (APAC) channels at Cylance.

Holtzhausen previously worked for Symantec in 2013, as its senior director of channels and commercial in the Pacific region before moving on to becoming the Asia Pacific and Japan channel lead for Veritas, during the time the two vendors officially split.

He then went on to join Dell Software Group as its A/NZ managing director in 2015, which was then purchased by Quest Software.

Holtzhausen has also worked at CA Technologies as a senior director of sales from 2008 to 2013, before rejoining the vendor for a short stint in 2018.

At Symantec, he will be responsible for setting and executing the security vendor's local channel strategy.

"Holtzhausen’s appointment signals Symantec’s sustained focus on the channel, with partners expected to play an increasingly critical role in the company’s growth globally and in ANZ," a Symantec spokesperson said.

"With more and more enterprises supporting the Cloud Generation, he will also focus on spearheading new sales initiatives and training programs that empower partners to drive greater awareness of Symantec's integrated cyber defence platform in A/NZ."

Revenue from Symantec's consumer security division rose 8.5 per cent to US$601 million and accounted for more than half of the company's total revenue.

In its enterprise business, the company reported revenue of US$574 million. Symantec CEO, Gregory Clark, said it expects to recapture momentum in its enterprise security business, pointing out that the third and fourth quarters are seasonally the biggest for the segment.