Customer demands form around hybrid, yet shift around open source 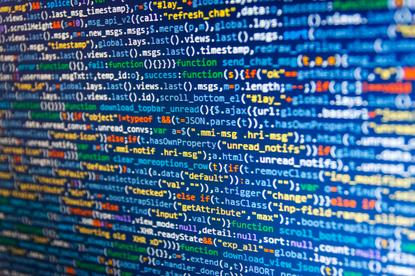 Hybrid can be a difficult thing to define in cloud computing.

The term “hybrid” is overused by vendors but underused by customers, causing general confusion over its definition as well as solid examples of hybrid solutions.

An area of the market that cuts through those areas of confusion is hybrid cloud integrated systems. These are physical devices (appliances) that are designed to integrate with public cloud services and can be used in customers’ own data centres.

The idea that customers can physically touch the box and also integrate with external cloud services makes integrated systems one of the easiest and most obvious hybrid scenarios.

Examples of integrated systems solutions include Azure Stack from Microsoft and its hardware partners and Cloud at Customer from Oracle.

While adoption and usage of these hybrid cloud solutions remain limited, the trend is picking up momentum and is prompting vendors such as Amazon and Google to move closer to competing in the space, particularly as customer demand from heavily regulated industries favours local versions of vendor-hosted cloud infrastructure.

For example, Amazon Web Services (AWS) and Microsoft are the two front-runners in the race to win the U.S. Department of Defence’s Joint Enterprise Defence Infrastructure (JEDI) contract.

While AWS has largely been seen as the overall favourite, its Snowball Edge offering does not meet the same bidirectional synchronisation requirement of the tactical edge device that Azure Stack does.

Kubernetes season is in full swing as OpenStack falters

For large enterprise customers, open-source technologies have garnered much interest as part of their cloud strategies.

The ability to utilise solutions that provide the same backbone as large cloud providers while maintaining the control associated with open source has been an attractive value proposition for those with the resources to implement and manage them.

However, predicting which technologies will be the most commonly adopted has been more challenging, creating uncertainty around frameworks such as OpenStack, which has yet to garner significant momentum in the market.

Compounding the hurdles for OpenStack to overcome continues to be the ongoing explosion in growth among public cloud IaaS front-runners AWS, Google, Microsoft and Alibaba.

The difference, though, is that Canonical and Red Hat are still holding onto OpenStack, while others, such as Rackspace, Hewlett Packard Enterprise, IBM and Mirantis, de-emphasise it.

Customers increasingly understand the benefits of containers and container orchestration platforms and embrace the portability and interoperability they provide.

A retail SVP, CIO and CTO said, “You need to make sure there are escape clauses in your contracts in case you need to get out.

“Once you’re in it, you’re pretty much married, and that divorce is really bad. That’s the reason we have a container. … Because if it starts to get too expensive, we want to pull it off quickly.”

This is just one example of the immediate enterprise benefits of container and container orchestration platforms, which can change the game for enterprises in terms of their cloud adoption road maps and long-term cloud plans.

Hybridisation is becoming even more widespread than customers realise

While pre-integrated devices are the most obvious examples of hybrid usage, the vast majority of activity is occurring in more subtle situations.

The good news for both sides of the market is that there are more capabilities than ever to put those more cohesive, integrated solutions in place.

Salesforce, whose solutions are commonly integrated into hybrid environments, has taken a notable step into the hybrid enablement space by acquiring MuleSoft.

The acquisition, which closed on 1 May at the start of Salesforce’s FY2Q19, brings MuleSoft’s well-known integration Platform as a Service (iPaaS) solution and services into Salesforce’s arsenal.

The implications for Salesforce, its customers and the market are vast, as the company can create connections between its applications and the variety of other cloud and legacy systems residing in customers’ environments.

Salesforce quickly leveraged the iPaaS technology, bringing Salesforce Integration Cloud to market within the first few months of having MuleSoft on board, enabling customers to augment their Salesforce applications and derive greater insights from their non-Salesforce data.