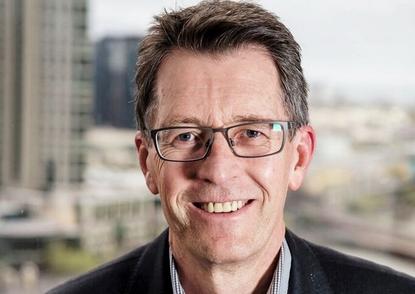 Channel partners should start becoming ‘evangelists’ for software-defined WAN as the technology looks set for major growth over the next two years, according to SilverPeak’s director of Australia and New Zealand (A/NZ) Graham Schultz.

Speaking to ARN, Schultz said partners should adopt a thought-leadership position on SD-WAN following a recent report that claimed half of Australian companies will ditch their legacy Multiprotocol Label Switching (MPLS) in favour of network virtualisation in the next 12-to-24 months.

The report by Frost & Sullivan also said roughly 55 per cent of Australian firms intended to replace existing branch routers with an SD-WAN appliance.

“Now is the time for channel partners to be saying how can I take advantage of this opportunity,” he said. “When you have a shift in the market, like SD-WAN, the customers start asking about opportunities.

“If you as a partner can take a thought leadership position and not just try and sell your legacy networking or router -- where there’s no value-add or margin -- you will bring the customer something they probably did not know they needed. There is an opportunity to go out an evangelise SD-WAN, add value and margin,” Schultz explained.

“The primary value of SD-WAN is the agility and the simplicity. There are multiple value propositions for the market and the channel."

Although SilverPeak is 100-per cent channel focused, Schultz, who previously led Tintri in A/NZ and, before then, VMware, admitted he preferred to work with a small number of resellers.

Currently, SilverPeak works with six partners across A/NZ, but Schultz said he was looking to work with more in future.

“If you look at some of the big vendors, who work with hundreds or thousands of channel partners, they’re then competing with everybody,” he explained. “I don’t think for us it’s that kind of market - it’s not like selling Dell servers, it’s more specialised.

“What’s important for us is that those partners have value-added skills and they can make money. We don’t want every deal to be competing with 30 partners," Schultz said.

“We want our partners to skill-up, but it is still in relatively early days. There are another two-to-three years of work to be done to educate the market about replacing their legacy routers. We want to get them more certified, but we do want to bring on other partners.”