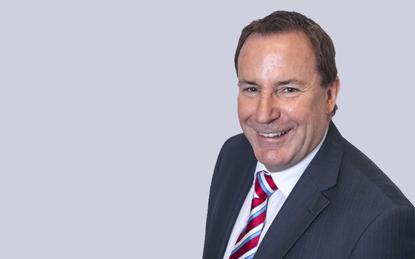 Oracle has appointed Robert Gosling as general manager of alliances and channels across Australia and New Zealand (A/NZ).

“We are pleased to confirm the appointment of Robert Gosling as head of A/NZ alliances and channels,” an Oracle spokesperson confirmed to ARN. “He will be responsible for driving our cloud partner ecosystem across the two countries."

The appointment represents a positive step for the vendor locally, with Gosling - who will be in charge of channel, cloud, software-as-a-service and systems - an Oracle stalwart with decades of experience, having ran New Zealand operations twice during two five-year stints.

Most recently, Gosling has been managing director of the Kiwi business since October 2013, based in Auckland.

Prior to this, Gosling held trans-Tasman responsibilities for more than seven years as vice president of technology sales across A/NZ, spanning the vendor’s engineered systems and database offerings.

In June 2001, Gosling assumed control of the New Zealand business for the first time, targeting government and health sector markets from Wellington.

"The Oracle channel in A/NZ has some fantastic partners leading the charge in enterprise digital transformation and they need Oracle to have a stable channel lead, who is respected both internally and externally,” said John Walters, CEO of Nextgen Distribution, in response to the news.

“Robert Gosling brings that to this role. Add his knowledge of Oracle technologies; Oracle customers; and Oracle partners, and you have a very serious and strong addition and advocate for the channel.”

The appointment comes less than two months after McLoughlin vacated the role, having been tasked with building out Oracle’s ecosystem of partners as part of plans to drive indirect business through the cloud.

Meanwhile, Sydney-based consultancy Presence of IT was awarded the HCM Cloud Partner of the Year and DXC's Red Rock took the PaaS/IaaS Cloud award.

Accenture claimed the Customer at Cloud Partner of the Year honours, while Nextgen Distribution was recognised as the leading distributor.

In addition, NTT was recognised for Converged Infrastructure, Data Intensity for ODP and IBM Australia took the Systems category award.

This story was updated on 5 October at 6:23am to include comment from Oracle.