Tech giant recorded 15.7 year-on-year growth during the second quarter of 2018 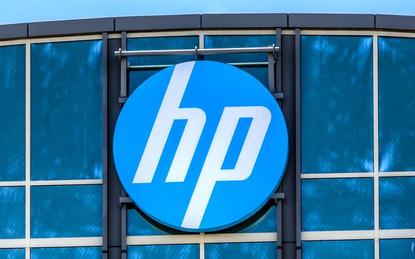 According to IDC findings, the tech giant recorded 15.7 year-on-year growth during the second quarter of 2018, backed up by expansion across retail and a host of new products including premium convertible notebooks.

Behind HP is Dell, which posted the largest growth in the top five vendors with 20.9 per cent year-on-year increase during the quarter, driven by “significant growth” in small and medium business (SMB) and small government contracts as procurement managers use the last of budget allocations.

Meanwhile, Lenovo jumped from 4th ranked position by shipments to 3rd due to 11.6 per cent year-on-year growth, triggered by success in a large government contract as well as growth in the very large business segment.

Rounding out the top five list of Apple and Acer, with the wider Australian PC market - spanning desktops, notebooks and workstations - recording increased shipments of 8.8 per cent year-over-year during the quarter.

“Robust growth of ultra-slim and convertible notebooks shows that Australian consumers and businesses are willing to pay a premium for the latest thin and light notebooks, ” said Sean Ashari, market analyst at IDC Australia.

As explained by Ashari, such growth was substantially driven by the commercial market, growing 16.1 per cent, while the consumer segment experienced minor decline at -0.4 per cent.

The desktop product category rose slightly by 1.3 per cent, driven by the commercial segment.

IDC research found that shipments in the public sector grew 28.3 per cent year-on-year during the quarter, with the increase in government spending primarily driven by procurement from the Department of Human Services, followed by education contract renewals.

“There are many factors contributing to this including the onward trend of increasingly longer life span for traditional PCs and the trend of web use continuing to shift towards smartphones,” Ashari explained.

“The decline in the share of these gaming desktops was partially due to impending new releases of gaming graphics cards, resulting in consumers delaying purchases of these devices until later in the year,” Ashari added.

“Branded gaming is where Australian consumers are willing to invest to upgrade their hardware.”