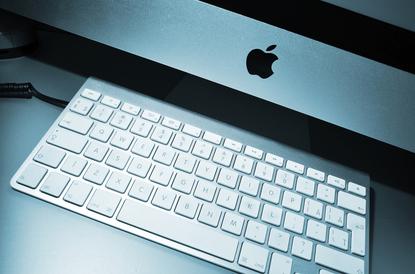 Microsoft has launched Office 2019 for Windows and macOS, giving its most important customers - volume licensees - first crack at the application suite.

Redmond has also committed to a successor to Office 2019, ending renewed speculation that this release would be the last outside a subscription.

Office 2019 will roll out to others, including commercial and consumer customers who buy one-off copies rather than in bulk, over the next several weeks, Jared Spataro, Microsoft's marketing executive for Windows and Office, said in a post to a company blog.

Microsoft classifies software by how it is paid for, discriminating between a license bought outright from one that is "rented" because payment is made over time, as in a subscription.

Office 2019 is the perpetual license form of the suite, called that because it's purchased with a single, up-front fee that in turn gives the buyer the right to use the software in perpetuity. The license has no expiration date and users may run the software as long as they'd like.

The flip side of the coin, Office 365 ProPlus, is the same set of applications (which differ depending on whether they run on Windows or macOS) delivered as part of an Office 365 subscription. Customers may run ProPlus only as long as they continue to make monthly or yearly payments for the subscription.

Spataro made sure that he spelled out the differences between the two. "Office 2019 is the next on-premises version of Word, Excel, PowerPoint, Outlook, Project, Visio, Access, and Publisher," Spataro said, then tagged ProPlus as "the cloud-connected version."

But he also dissed Office 2019 by trumpeting its rival, ProPlus, as the better option. "Office 365 ProPlus ... delivers the most productive and most secure Office experience - with the lowest total cost of ownership for deployment and management," Spataro argued.

Microsoft's disparagement of the perpetual Office has been increasingly explicit, which Spataro continued.

"Office 2019 provides a set of valuable enhancements for customers who can't be cloud-connected or receive regular updates," he asserted, as if there aren't customers who simply prefer an alternative to the frequent feature upgrades issued to ProPlus.

The perpetually-licensed version was built by selecting some of the accumulated improvements and new features added to Office 365 since Office 2016's launch three years ago.

Spataro also compared Office 2019 to the Long-term Servicing Channel (LTSC) version of Windows 10, the operating system build that remains feature-static for a decade, omitting mention that some customers bought perpetual licenses for that very reason.

Even so, Microsoft will continue to offer on-premises editions of its application suite, Spataro pledged. "We're pleased to confirm that we're committed to another on-premises release in the future," he said without specifying a release timetable. (Microsoft has been on a three-year cycle, making a fall 2021 launch of "Office 2022" most likely.)

Office price increases were announced in July and were to take effect with Office 2019's debut. Prices for the suite will be 10 per cent higher than its forerunner, Office 2016, while the CALs (client access licenses) necessary to access information on Microsoft's servers will jump between 10 per cent and 30 per cent.

Microsoft will support Office 2019 for seven years, not the historical 10. The suite's support will expire 14 October, 2025, the same day Office 2016 gets its retirement papers.