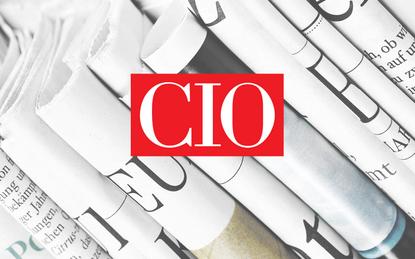 Tech vendors are doing an average job of meeting the needs of their customers, according to research findings from State of the CIO in Australia.

More than 120 C-level tech executives across Australia were asked how they rated the technology and skills provided by tech vendors, in a survey carried out by CIO, sister publication of ARN.

Over half (54 per cent) said the service provided by vendors, including start-ups, was average and things haven’t improved since 2017 when the number was 55 per cent.

A further 11 per cent rated service provided by vendors as poor (up from five per cent last year) and 34 per cent said service was good.

‘Ease of dealing’ with tech vendors was rated as average by 54 per cent of respondents, poor by 14 per cent, and good by 32 per cent.

Meanwhile, ‘cost effectiveness’ was rated as average by 57 per cent of respondents, poor by 21 per cent, and good by 22 per cent.

Respondents were asked to anonymously discuss what they felt vendors were doing well and where they needed to improve, prompting one executive to state that very few vendors have taken the time to understand his organisation’s business strategy, and target customer and workforce experience.

"If more time was spent on understand these, our vendors would be able to offer far greater value by identifying specifically where their products, solutions and services can support us in the achievement of our strategies and target customer and workforce experience,” the respondent said.

Another respondent said vendors and start-ups were good at focusing on the outcomes his business was after rather than just pushing ‘widgets’ but had a ‘charge for time’ mentality rather than shared outcomes with profit motives very evident.

"Generally, vendors could improve by looking at long-term measures such as satisfaction and retention over short-term profitability of a client," the respondent added. "Invoicing also needs to be more outcome-focused rather than [based on] activity."

Another respondent said vendors do a satisfactory job of delivering services. However, there is a variance in their levels of engagement, accessibility and desire to work with the organisation to partner in finding solutions.

“Our enterprise partners do not engage with us very often and our smaller partners lack the investment needed to keep up with our rapidly evolving needs," they said. "We are regularly having to build the gap."

Another put it rather bluntly: “They make money well and generally only care when you are spending. After that, vendor care factor goes out the window.”

Meanwhile, others wanted vendors to provide easier integration and APIs; and flexible customisations and configurations to their offerings to help organisations develop digital offerings designed for their specific users.

Vendors also do well by ‘riding on the buzzwords’ and try to sell accordingly, said one respondent.

“To improve, this needs to change and they need to focus on delivering customer value first. They need to try and focus on customer outcomes and match a solution to a need rather than sell us what they have today.”

Such findings align to EDGE Research which outlined the technology priorities of vendors, partners and customers across Australia and New Zealand - findings will be published in early September via online and print platforms.