Huawei currently holds 13.3 per cent of market share while Apple has 11.9 per cent 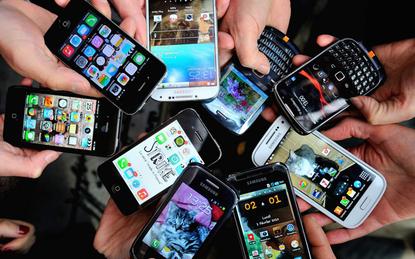 After a preliminary report by IDC showing Huawei had taken Apple's second spot on the worldwide sale of smartphones, Gartner's recent data further endorses the Chinese vendor's leadership over the world's most valuable company.

"Its investment into channels, brand building and positioning of the Honor devices helped drive sales. Huawei is shipping its Honor smartphones into 70 markets worldwide and is emerging as Huawei’s key growth driver."

Huawei currently holds 13.3 per cent of market share while Apple has 11.9 per cent.

According to Gartner findings, Apple performance was flat in the second quarter, barely reaching a one per cent growth.

"Minimal incremental value in Apple's current-generation flagship iPhones led to slower growth in the second quarter of 2018," Gupta explained. “Demand for the iPhone X has started to slow down much earlier than when other new models were introduced.

"Growing competition from Chinese brands and consumers’ greater expectations for phone value is putting immense pressure on Apple to deliver enhanced value on their premium iPhones to foster growth."

Overall, sales of smartphones to end-users was up two per cent in the second quarter of 2018 to 374 million units.

Samsung maintained the leadership as the number one global smartphone vendor, even with sales declining 12.7 per cent in the second quarter of 2018.

"The slowing demand for its flagship smartphones left Samsung with lower profitability. It now expects the Note 9 smartphone to revive growth."

Meanwhile, a preliminary second quarter report published by IDC in early August revealed that this is he first quarter since 2Q10 where Apple has not been the number one or two smartphone company in terms of market share, according to the research firm.

Huawei, who claims to be a leader in 5G technology, has been banned by the Australian government from providing 5G technology locally along with ZTE.

The Chinese vendor claimed the decision was "politically motivated, not the result of a fact-based, transparent, or equitable decision-making process".