City of Gold Coast invests $10M on its own optic fibre 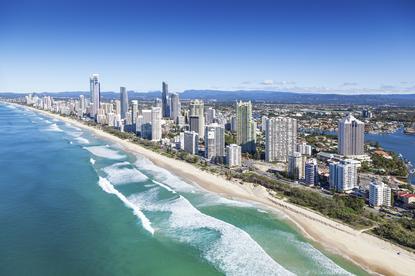 The City of Gold Coast has announced a $10 million investment in what will see its optic fibre broadband network adding a 37km loop in the existing network.

For the past 18 months, the council has installed a 65km optic fibre backbone, running along the light rail corridor from Helensvale to Broadbeach that cost $4.5 million.

The optic fibre backbone was installed ahead of the Gold Coast 2018 Commonwealth Games and delivered thousands of hours of television and digital broadcast coverage of the Games, beamed to more than 70 countries.

Part of that work was done by Universal Communications Group (UCG), who had won a contract worth $2 million in December 2016 for the design and construction of a city distribution fibre optic wide area network.

The 37km loop will be added across Broadbeach, Burleigh, Varsity Lakes and Robina and it is part of the council's Digital City Program.

“Further expansion of the network, connecting the southern and northern areas of the Gold Coast, are currently also being investigated,” Gold Coast Mayor Tom Tate said. “The rollout of the network reinforces the City’s commitment to creating a strong digital economy that will benefit our residents, visitors and business community."

The City of Gold Coast expects the investment to result in a financial benefit of more than $2.5 million through cost savings and revenue from ‘opening up’ the network to internet service providers (ISPs) for backhaul and internet services.

The city spokesperson tol ARN that there is no interference with the NBN roll out, and that both projects are independent of each other.

The council will count on Nexium to on-sell fibre optic capacity to telecommunications carriers and commercial organisations, with several companies are already in negotiations with Nexium.

"City of Gold Coast has appointed Nexium Telecommunications as the reseller agent for the fibre optic network," Nexium said in a statement. "Nexium, a Queensland based telecommunications provider, will work with local ISP’s and commercial businesses to provide high-speed resilient internet and dark fibre solutions in areas of the Gold Coast that have been difficult to access in the past."

According to Nexium, the optic fibre system will enhance the Gold Coast safe city camera network capability, as well as open up new service delivery models.

The council has invested in an extensive carrier-grade network that can support accelerated deployment of 5G and other high-bandwidth technologies, according to chief innovation and economy officer Ian Hatton.

"We’re developing a low-latency, high-core-count fibre optic network that has the capacity to deliver the fastest internet speeds in Australia," Hatton added. "When finished, the network will be 100 times faster than what exists today."

The Gold Coast has been the centre of local 5G trials with Telstra Operations executive director, network and infrastructure engineering revealing in a blog post on 15 August the telco was turning the 5G network in the Gold Coast.

Telstra CEO, Andrew Penn, said this was just the beginning of the provider's 5G rollout, with more than 200 5G-capable sites planned to go live around the country by the end of the year.

Optus has also demonstrated its 5G capability in April at its 5G Live showcase during the 2018 Gold Coast Commonwealth Games.

Article updated at 15:42PM on 23 August to include additional comments from the council and Nexium.