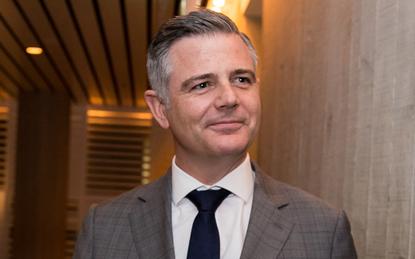 Chris Trevitt has been appointed to run the channel for NetSuite across Australia and New Zealand (A/NZ), as the vendor executes on partner expansion plans.

ARN can reveal that Trevitt has assumed the role of director of channels and emerging business, effective immediately.

The move sees Trevitt take charge of an ecosystem comprising of resellers, system integrators and solution providers, in addition to alliance partners and developers.

According to sources close to ARN, Trevitt's main responsibility will centre around growing the vendor's current base of partners, in addition to the recruitment of new providers within the local market.

Specifically, this includes helping traditional system integrators transition away from selling hardware technologies, moving up the stack to provide value through the business application layer.

Key local NetSuite partners include Klugo, Fronde and JCurve Solutions, in addition to Fusion5 and Annexa.

Trevitt was previously director of channel and SMB for South Pacific at Hewlett Packard Enterprise (HPE), a role he vacated in August 2017.

In taking over from Kaaren Lewis, Trevitt joined HPE in March 2016, following 11 years at EMC, of which the final two years were spent running the vendor’s channel on both sides of the Tasman.

Prior to EMC, Trevitt spent seven years as account manager at IBM, focusing on the SMB sector.

The appointment of Trevitt comes more than 12 months after NetSuite - now owned by Oracle - announced plans to open its first data centre in Australia, alongside a first office in New Zealand.

Furthermore, the vendor recently deepened capabilities within the cloud market, through leveraging emerging technologies such as artificial intelligence and machine learning.

Billed as the “world’s first intelligent cloud suite”, the offering - unveiled during SuiteWorld 2018 in April - combines NetSuite and third-party data to speed up business decision making within the vendor’s core application suite.

From a customer standpoint, the solution is aimed at professionals across finance, sales, procurement, HR and supply chain, alongside manufacturing, commerce, customer services and marketing.