Both revenue and profit down by more than eight per cent 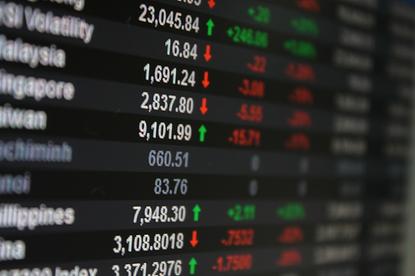 DWS has reported a net profit after tax of $15.9 million for the 2018 financial year, 8.5 per cent down compared to the previous year.

Revenue was down by $11.3 million to $126.1 million for the full year, while underlying earnings before interest, tax, depreciation and amortisation (EBITDA) decreased 15.3 per cent, posting $22.9 million.

Contrary to the previous year, the publicly-listed IT services company has now increased its staff count from 643 to 757 in total, with the increase in permanent staff due to a reduction in contractors.

Total consulting staff numbers increased to 704 due to an increase in demand from major clients in the second half of the 2018 financial year as well as project wins from new customers - increase in headcount largely came in the banking and finance sector.

"DWS will continue to vary its workforce to match the specific needs of its clients and look to grow its footprint in digital and in Federal Government sectors following the acquisition of Projects Assured," the company stated.

DWS has also increased the management staff with the appointment of a national sales manager and a national operations manager.

In June, DWS acquired Canberra-based strategic management and IT consulting business Projects Assured in a deal worth $43 million.

An initial payment of $30 million will be followed by $13 million in payments conditional on the EBITDA performance of Projects Assured over a five-year period.

Going forward, the company expects the new business to bring $35 to $40 million in revenue from government clients for the next financial year.

The acquisition also added the number of consultants DWS has across the country, with Projects Assured bringing 100 consultants.

In February, DWS reported a $12 million fall in revenue for the six months ending December 2017, compared to the same period the year prior, citing rate card reductions arising from renegotiated panel agreements.

At the time, DWS told shareholders that renegotiation of panel agreements with “significant clients” has led to the company successfully being reappointed to IT service provider panels, but with lower rate cards.