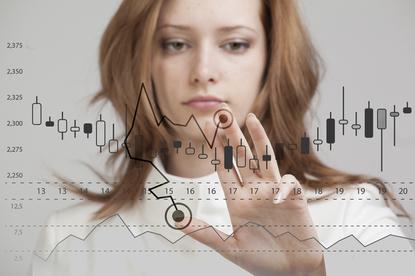 Australian organisations lag behind the rest of the world when it comes to extracting value from their data analytics efforts.

The 50 local businesses analysed for a new report by Melbourne Business School and AT Kearney scored lower across the board than their global counterparts in terms of maturity (how developed their analytics capabilities are) and impact (how much value their analytics operations give to the bottom line).

The organisations spoke to more than 400 companies across 34 countries with an average revenue of $US3.8 billion.

Australian businesses scored poorly despite no significant differentiator between companies, except their approach to data analytics, the authors said.

Those surveyed in Australia attributed risk-averse cultures and reluctance to experiment, their approach to using data in the business, and lack of recruitment and training of data specialists as reasons for them falling behind.

They extract 12 per cent less value from analytics compared to the rest of the world and are 14 per cent less mature in their approach.

Chinese companies are leading the world in both maturity and impact, the authors said. By sector, oil and gas, industrial and technology companies were the most advanced users of analytics.

They were ahead of government, energy and utilities, mining and others. Key use cases for all organisations included making data-driven decisions and optimising customer experience.

The authors concluded that companies lagging behind with data analytics stand to boost profits by as much as 60 per cent if they improve their data strategies and culture.

Further, they said companies that spend too much money on their data ecosystem without strategic leadership tend to have lower profit than firms with this type of leadership guiding the use of technology.

Enrico Rizzon, partner at A.T Kearney said the perennial bias of technology investment as the solution to analytics maturity and impact persists.

“We often find that our clients have invested in but don’t leverage the data ecosystems they have," he said.

"The study points to leadership, which drives utilisation of the data ecosystems to generate the fact-based insights necessary for improved decision making, as being key to delivering of analytic impact."

Professor Ujwal Kayande of Melbourne Business School, said this study was unique as it assesses the impact of data analytics investments on organisations’ bottom lines.

“Merely investing in technology doesn’t bring the benefit that top performing firms obtain – to have a good chance of obtaining that benefit, the firm requires leadership teams who advocate for analytics use across the organisation and an analytics strategy that is driven by the firm’s business strategy,” he said.