NaturesCoin build expected to be completed by the end of 2018 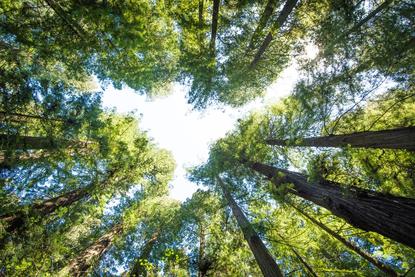 Ian Jones describes corporate social responsibility funding as a ‘grudging obligation’ that, as it currently stands, achieves very little apart from being an exercise in good PR.

Jones is the executive director of NaturesCoin, a startup building a blockchain that he says will create a new investment class to fund environmental projects – effectively turning corporate social responsibility from a cost to a tradeable asset on a company balance sheet.

“Corporates are stuck between a rock and a hard place where they are being pushed by stakeholders – particularly ethical funds and investors and the rising consumer market into doing social good with their capital,” Jones told CIO Australia.

“But on the other hand, they are being squeezed by the capital markets to get a better return on investment. So what do you do? The answer is generally you do the least you can get away with because it’s a cost on your profit and loss sheets.”

Brisbane-based Jones and Hamish Macdonald – who is also a director of Bundaberg Hemp Foods in Queensland – both have extensive experience ‘bootstrapping’ early stage tech companies. They established NaturesCoin last November and expect to have the blockchain build complete and ready for launch by the end of this year.

Jones believes that the United Nations is relying heavily on the participation of the private sector capital markets to achieve its sustainable development goals.

“As the market is currently structured in terms of transparency and returns on investment and tradeability of its assets, it isn’t really geared towards that. And so clearly that’s a problem under the current system,” he said.

NaturesCoin has created a ‘four-tiered’ economy that connects people, corporations, governments, NGOs and institutions on one platform, which Jones claimed has never been done before.

He said NaturesCoin is not a narrow-focused, “standard old Ethereum blockchain with a cryptocurrency sitting on the top.”

“This is a broad-based economy with all the layers of activity and data that flows within that,” he said.

At the base level, sustainable yet income-generating assets from water to forestry and wildlife, underpin the economy. These assets are ‘tokenised’ by the blockchain – security tokens can be traded on regulated securities exchanges. Those security tokens then trigger the release of utility tokens, the currency of the consumer economy where people can buy and sell, for example, sustainable-branded goods or donate to causes.

“As more assets come into the economy, the value of those security and utility tokens will go up,” said Jones.

The fourth layer is the ‘data economy’ where different layers of activity within sustainable projects, the corporations within the securitised fund and people in the utility economy generate vast swathes of information.

“We will have data flowing out of projects in West Africa – maybe in the UK, Europe and Australia – that needs to be captured, secured, contextualised and used to steer the activity within the data economy,” said Jones.

NaturesCoin also has an office in London in the UK and has appointed Allen & Overy as its legal advisors. Grant Thornton in London is the company’s economy and financial advisor.

“We’ve put together a pretty solid team; both companies are hugely active in the Fintech space. We are essentially a Fintech organisation with a corporate and institution focus … so we need the right layers of governance and regulatory controls, which are becoming more entrenched in the blockchain world. This is a great thing,” Jones said.

"Blockchain as a technology really is a game changer and if it's got the right regulatory framework around it to protect data, consumers and corporations - it's obviously going to make a big impact so we welcome that very much."

Jones said the organisation is in discussions with various companies on a "number of fronts" but these engagements are still in the early stages.

"A lot of our focus at this point in time is going through this educational phase of letting people know the ICO [initial coin offering] era has pretty much run its course and blockchain as an enabling technology is a totally different story. This is where blockchain is going and this is what it can do for your business as a corporation, consumer-focused brand or whatever it is."