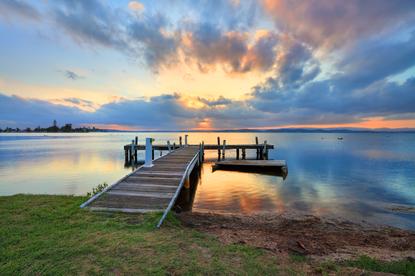 Based on a long range wide area network (LoRaWAN), the project will cover 650 square kilometres and be commercially funded through a 20-year contract period - delivered in partnership with economic development company, Dantia and Lake Macquarie City Council.

NNNCo was chosen to install and operate the network based on its ability to deploy low-cost, low-power, carrier-grade connectivity and end-to-end IoT solutions such as water metering and street lighting,

As a sweetener, start-ups will also have free access to connect to the network, while businesses and corporates can receive a 15 per cent discount if they establish operations in Lake Macquarie.

University of Technology Sydney, Slingshot, Ampcontrol, ResTech and Hunter Water as well as start-ups such as Marine Connect, Liftango and BinShare, have already signed up to take part in the network.

“This network is being installed to support citywide initiatives that will enable business and enterprise to drive their own IoT projects and enterprises,” Francis said.

"It will make Lake Macquarie the first Australian city to provide 100 per cent commercial-grade IoT network coverage to all populated areas, some 650 square kilometres."

Francis pointed out one of the challenges with IoT, is the complexity of receiving data from lots of different devices and applications; and transforming that data into knowledge that supports decision making.

"Working in partnership with NNNCo, we have the means to overcome these challenges and scale to multiple applications that will make Lake Macquarie a truly Smart City,” he added.

NNNCo founder and CEO, Rob Zagarella, added that the Lake Macquarie network would be a showcase for what Australian cities can achieve with IoT.

"We are working with Dantia and Lake Macquarie City in a true partnership model whereby we’ll be able to support businesses in the area to get their projects up and running quickly and effectively, while also enabling the city to scale important services like smart waste management," Zagarella said.

"Smart Cities start with a carrier-grade network but equally important is the device and data platform that seamlessly converts data from many different types of devices into a common format and structure.

"That’s when you start creating real knowledge and outcomes that can improve the quality of life for citizens."

"This is an innovative example of what can be achieved when local governments and commercial partners work together, aligned with strong, future-city building policy,” Fletcher said.

"The Turnbull Government is committed to making our suburbs and towns better places to live through initiatives such as the $50 million Smart Cities and Suburbs Program, and it’s great to see organisations come together as they have in this case to achieve these outcomes."