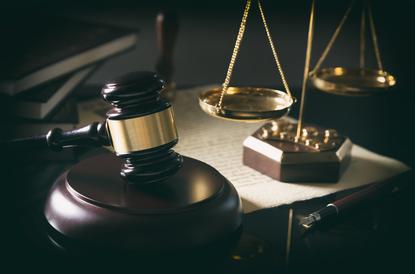 The High Court in Auckland has granted injunctions and other relief to open source learning management platform Moodle after a falling out with a former partner.

Free and open source Moodle was created by Martin Dougiamas beginning in 1999 and is based in Perth, Western Australia.

Injunctions have been granted to protect Moodle's trademark from use by former Moodle partners and associates 123 Internet, Moodle Partners NZ, Onlearn Ltd and Gary Trevor Benner.

A partnership agreement was inked in 2004, expired a year later and was officially terminated in mid-2006.

However, after the termination, the former partners and related entities continued using the Moodle name and trademark, prompting Moodle Pty to issue a cease and desist letter.

According to a court judgement, Moodle has held trademark protection in various classes, jurisdictions and times, including in New Zealand.

Fast forward to 2016 and one web domain at issue, moodle.org.nz, no longer appeared to relate to the Moodle platform but to dog breeders specialising in hybrids of a poodle and a maltese, known as a "moodle".

However, other Moodle related domains were also registered by Benner in the same year with websites published on them, the judgment stated.

"Mr Dougiamas was concerned that the website suggested the entity was an authorised Moodle Partner when it was not and the services offered at moodle.cloud.nz or moodle.cloud.co.nz were offered by a certified Moodle Partner and were endorsed by Moodle Pty Ltd when they were not," court documents read.

More cease and desist letters ensued while Benner responded that he now held the Moodle trademark in New Zealand after it had expired and he was therefore able to use it.

Court action became the next step in the saga starting in February, with Moodle Pty alleging breaches of the Fair Trading Act, passing off and invalidity of trade mark registration or, in the alternative, revocation of registration.

The defendants took no steps to defend the case, which found in favour of Moodle Pty that the use of the trademarks was in breach of the Fair Trading Act and amounted to "passing off".

Benner told Reseller News he did not defend the case because he is nearing retirement age and the costs and risks of defending were prohibitive.

"I was the first person in New Zealand to use the mark Moodle in a business context, and without question established its use here in New Zealand," he said. "Obviously others have contributed, but I have helped over 800 clients get underway with Moodle.

Under New Zealand law, he said, he had first claim on use of that trademark. Dougiamas, he said, does not own Moodle.

"It is owned collectively by the hundreds of contributors to the project," Benner added. "His 'ownership' is only in the context of the convention for management of the open source project.

"While this may be seen as a setback for me, I have a reputation as a leader in the e-learning industry, and continue to be sought out for consultancy within that industry."

Justice Venning accepted that harm to the plaintiffs’ goodwill was a reasonably foreseeable consequence of the defendants’ use of the trademarks.

"The actions of the defendants in the present case are particularly egregious," he wrote.

As well as granting an injunction, he declared the defendants' in breach of the Fair Trading Act, their trademark invalid and ordered its removal from the register - he also ordered that the disputed domains be reassigned and for an enquiry into damages.

The plaintiffs were also granted costs.

The Moodle platform is provided by over 90 licensed and certified partners worldwide to more than 100,000 user organisations, at least 329 of them in New Zealand.