Deal has the potential to reach $15 million if expanded from five to eight years. 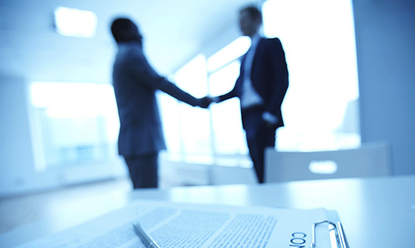 MOQdigital (ASX:MOQ) has landed a five-year $12 million contract with Enzen Australia to design, build and operate a customised infrastructure platform for one of its clients.

The five-year contract also comes with three one-year extension options, potentially valuing the deal at $15 million. About 70 per cent of the potential value of the contract period consists of recurring revenue for the company, MOQ said in a statement to shareholders.

“Importantly, we have established a relationship with Enzen Australia, whose offering and service set is very complementary to MOQdigital’s. We believe that there is great potential to grow this partnership by initially delivering an exceptional outcome for Enzen and exploring other joint opportunities,” D’Addio said.

Enzen CEO, Dileep Viswanath, added a key factor in Enzen’s success was partnering with highly capable organisations that not only have the skill level and capacity to deliver complex work programs, but also share common values around people, culture and the delivery of positive customer outcomes.

In the last previous corresponding period the company had posted a 929 per cent net profit increase, with $862,610.

Earnings before interest, tax, depreciation and amortisation (EBITDA) was also down 36.2 per cent to $997,268.

The company told shareholders that during the H1 FY18 reporting period, MOQ moved into a period of refocus on business development and client engagement after a transitional FY17, which provided mixed results with H1 FY17 featuring some major success and then H2 FY17 dominated by the integration and restructuring effort resulting from its Tetran acquisition.