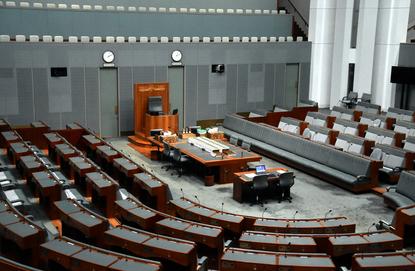 The Federal Government’s Digital Transformation Agency (DTA) has called on industry to provide feedback on how the existing ICT Portfolio Panel Policy might be updated ensure it meets the needs of both buyers and sellers.

The DTA, which took on many of the Department of Finance’s IT procurement duties in 2017, has released draft policy principles for feedback to make sure its panel approach will improve the experience of buying and selling digital products.

"We want to hear from anyone who works with digital (including ICT) panels," the DTA said in a blog post. "That’s both people from government agencies and from industry, especially those that sell digital to government, or want to in the future."

The move comes after a team made up of Government entities such as the Australian Taxation Office (ATO), which engaged both IT buyers and seller, found that existing panel arrangements can be inflexible, hard to join, complicated to use and lack oversight.

In addition, the draft also aims to help government buyers use digital panels and help consolidate panels and make them easier to use.

The DTA has asked for panel suppliers and those tapping into IT panel arrangements to provide feedback by 12 July.

The draft Digital Panel Policy is part of the DTA's new Digital Sourcing Framework, previously called the ICT Procurement Framework, which also arrives after a period of public consultation.

According to the DTA, the new name reflects the fact that the term "digital" is broad and includes information and communications technology (ICT).

The DTA said that the digital sourcing framework is at the centre of a series of reforms to make government IT procurement a simpler and faster process for all involved parties, including suppliers.

The DTA released a consultation paper on 3 April, calling on the local IT industry and other stakeholders for feedback on its draft ICT Procurement Framework.

The proposed framework was aimed at providing the foundation needed to ensure the Federal Government is able to deliver a simple and clear approach to IT procurement, for both government buyers and industry sellers.

One of the main focus areas of the proposed framework revolved around the existing state of government procurement panels, which the DTA suggested could do with an overhaul that sees fewer and more flexible panel arrangements.

"Panels are good but they could be better,” the DTA said at the time. “We found many government procurement officers see panels as rigid and lacking flexibility.

"This can mean new players and emerging technologies are locked out because traditional panels are not set up to bring on new service categories."

Below are the eight principles of the draft policy: