Units were sold in Australia between April 2013 and March 2016 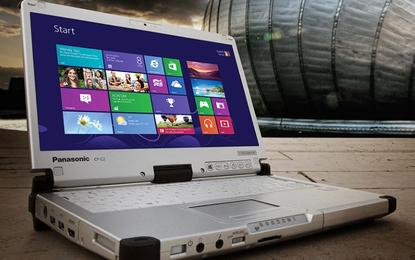 Panasonic Australia has announced that the battery packs on some of its Toughbook models may overheat and potentially cause a fire hazard due to a battery pack configuration issue.

According to an electrical safety recall notice from the Australian Competition and Consumer Commission (ACCC), there is a software configuration issue with the battery pack discharge, which causes the battery to potentially overheat.

The issue refers specifically to the CF-AX2 and 3 series, CF-C2 series and CF-SX series that were sold in the country between April 2013 and March 2016. The models were distributed via Multi Media Technology.

However, the vendor is not embarking on a recall of the products at present, stating that it will not replace the batteries as the configuration issue will be rectified with the use of new software.

Panasonic is currently developing a user-downloadable software to diagnose the state of the battery and control it to avoid overheating. The software will be available for download on 12 June.

The company has asked users to use the charging control utility to provide an interim method for controlling the battery pack while the software is developed.

The information on how to do that is given by the vendor following the completion of the registration on this webpage.

In March, Lenovo had to recall its ThinkPad X1 Carbon notebooks over overheating hazard and fire risk concerns.

The Chinese vendor had already issued a global recall in February, after identifying that an unfastened screw could damage the battery, causing overheating and a fire risk on model numbers: 20HQ; 20HR; 20K3 and 20K4.

The models were sold via Dicker Data, Ingram Micro, Synnex Australia and Lenovo from 1 December 2016 to 31 October 2017.