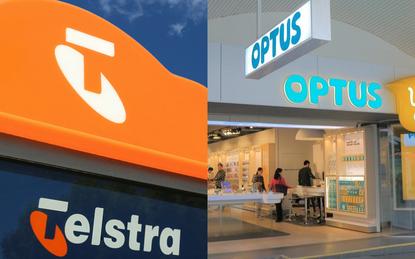 The Supreme Court of Victoria has found that Optus did not engage in a misleading or deceptive conduct over its "empires ends" advertisement.

On 16 May, Telstra took Optus to court alleging that Optus' claim of having the "best Australian mobile network" was misleading.

The advertisement had the headline "Empires end. That’s what they do" and below that, in smaller bold print, followed the text "The Optus Mobile Network has been ranked the best overall in voice and data". In smaller print the ads claimed "By P3 Mobile Benchmark, Dec 2017", an independent company with headquarters in Germany.

The Supreme Court of Victoria granted an interlocutory injunction sought by Telstra for the Singtel subsidiary to restrain the public display of the advertisement.

Ultimately, the court sided with Telstra, at least in the matter of the injunction preventing Optus from displaying the advertisement.

Now, the court has found that Telstra failed to establish that Optus has engaged in conduct that is misleading or deceptive, or that Optus made false or misleading representations as to its services.

Justice Robson J said on 30 May that the orders made on 16 May be dissolved.

“We’re very pleased with the outcome,” Optus managing director, marketing and product Ben White said. “We believe Australians should know that Optus offers them a real alternative with an award winning mobile network that delivers great value for customers.”

Telstra had not responded to ARN’s request for comment at the time of writing.

This is Optus' second legal win against Telstra in as many weeks. Last week, a Federal Court judge found that Telstra engaged in misleading or deceptive conduct for the use of the word "unlimited" in some advertisements to describe its mobile network.

Optus Mobile took Telstra to court earlier this month as it felt the advertisement was likely to mislead consumers "and our actions have been comprehensively vindicated by this judgement", a spokesperson told ARN.

Justice Gleeson found that Telstra's advertisement on its homepage and billboards in metropolitan areas which claimed, "One word from Australia’s best mobile network. Unlimited", falsely conveyed the representation that Telstra offers a mobile product or service that is unlimited.