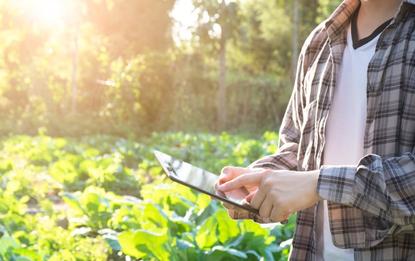 The service was launched in April and it is planned to have extensions added to the New South Wales towns of Boggabilla, Mungindi, Boomi and Moree and the Queensland towns of Callandoon and Toobeah.

Binary Networks CEO Michael Diamond has told ARN that NBN Co, the company behind Australia's National Broadband Network (NBN) has been slow in delivering the services, so Binary Networks built a wireless network that covers those areas.

According to NBN Co's website, the regions are serviced by the NBN, but Diamond explained to ARN that services in those areas are available through NBN Co's satellite offering, which does not deliver the speed needed by local businesses.

Binary Networks is a privately-owned ISP which was established in 2008. The ISP has points of presence in Melbourne, Sydney and Brisbane.

Customers can choose from plans up to 50Mbps with future capacity upgrades possible up to 100+Mbps.

“We are seeing some fantastic speeds with some residents being able to reach 100Mbps”, Binary Networks CEO Michael Diamond said.

Binary Networks is working with farms and agribusiness to continue to extend the network to nearby communities revealing there has been significant interest to build a point of presence in Toowoomba.

Goondiwindi has experienced several outages recently, according to Binary Networks, which left residents without ADSL2+ internet and telephone services.

"Farmers and local business rely on high speed internet for distribution and export of their crops, when the internet is down, the whole town feels the pinch," Diamond said.

In 2017, fixed-wireless provider Red Wifi was wound up in March, and according to Binary Networks, it stopped providing services in 2017. This resulted in homes and local businesses being left without internet.

As reported by the ABC in January 2017, Red Wifi was concerned that it could lose business to larger providers on digital spectrum access as it was using water tanks and other elevated sites to install stream dishes.

According to Diamond, Binary Networks and its local partners have worked closely with businesses and residents to understand the needs of the community.

“The key to this project is our local partners, Commsearch and iWestTech who have been working tirelessly on the ground to meet with local business and residents to build the business case," he said.