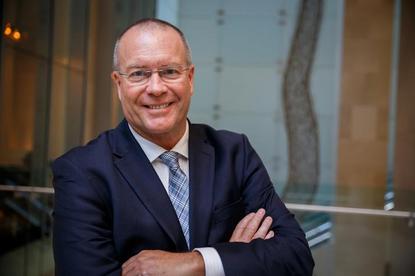 Data#3 is now able to deliver services and solutions via Microsoft's Azure Australia Central cloud regions in the nation's capital, a move that sees the local integrator substantially ramp up its public sector play.

The Azure Australia Central regions, in Canberra, are the vendor's Mission-critical cloud for Australia and New Zealand, offering security and compliance certified by the Australian Signals Directorate (ASD) for unclassified and protected data.

Data#3 joins a list of at least 47 partners who jumped on board for the launch of the new regions, which became available on 3 April, including global systems integrators, local IT service providers, consultancy firms and software vendors.

The services are delivered from the accredited facilities of Canberra Data Centres (CDC), which were built for mission-critical apps.

Data#3 has worked with Microsoft for 20 years and claims to be Microsoft’s largest reseller in Australia.

The reseller will now be able to leverage Microsoft Azure Australia Central to provide premium data centre services that meet the highest standards across security, compliance and privacy, helping to support their digital transformation journey, the company said in a statement.

Data#3 national practice manager for Microsoft Scott Gosling said that the reseller can now meet the stringent regulatory and compliance requirements from customers in government, banks, utilities, transport and telecommunications.

According to Data#3, Microsoft Azure Australia Central offers the capability to locate existing systems, private clouds, specialised networking or safety-critical systems within the same facilities as Azure, and directly connected to Azure.

“This is a fantastic addition to the cloud services we already provide to our customers," Data#3 CEO and managing director Laurence Baynham said. "A key part of our strategy is to enable digital transformation through innovative cloud services and solutions.

"Microsoft’s leadership and growth in public cloud has been impressive and allows us to offer a comprehensive range of cloud services to Australian customers.”

In April, Microsoft announced it had been awarded the "protected" certification level from Australian Signals Directorate (ASD) for 35 services from Azure and Office 365. Since then the Azure Australia Central regions have offered security and compliance certified by the ASD for unclassified and protected data.

"All of our 11,000 partners in the country will have access to the Azure capability," Microsoft Australia managing director Steven Worrall said at the time.

The Microsoft announcement came less than a week after Amazon Web Services (AWS) announced it had completed the independent assessment which is one of many steps to achieving the protected level.

For Worrall this is certainly a win against its competitor but it is also the result of something Microsoft has worked really hard on getting.

"I honestly believe that we are helping to create a pathway that will allow more and more cloud capability to become available to the government."