TechnologyOne sees SaaS surge by half

However, cash flow was down by $13 million 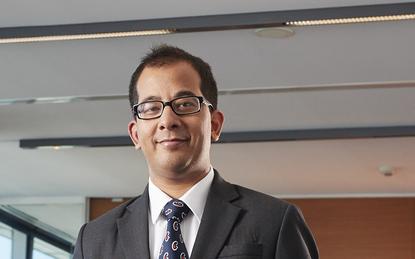 TechnologyOne (ASX:TNE) has reported net profit after tax (NPAT) of $8.1 million for the half year ended 31 March, while its software-as-a-service (SaaS) offering surged in value.

The result is the exact same tally as the company's NPAT for the previous corresponding period last year, with a one per cent variance.

The Brisbane-headquartered software vendor closed the half year with negative operating cash flow of $10.4 million, or $13 million less than the previous corresponding year when it posted a positive $2.6 million. The cash flow represents a measure of the amount of cash generated by a company's normal business operations.

Chung talked up a revenue increase, which was up by six per cent, posting $120 million.

"This half TechnologyOne has delivered record revenue, record licence fees and is continuing very strong growth in our cloud business," Chung said.

According to Chung, TechOne is on track to deliver profit growth of between 10-15 per cent over the full year.

The results come just a day after the company announced an eight-year, "multi-million-dollar" deal with the Moreton Bay Regional Council.

The deal will see the vendor’s property and rating, enterprise content management and human resource and planning products, to round out the OneCouncil solution and replace the council’s legacy, on-premises solutions.

“We wanted to move to an enterprise-wide system that was fully integrated, offered a consistent look and feel, and was able to provide the system functions needed to digitally transact with our customers, rate payers, employees and suppliers,” Moreton Bay Regional Council spokesperson for Innovation Darren Grimwade said.

“The introduction of TechnologyOne’s enterprise SaaS solution will make life easier for our ratepayers and customers who are demanding that we provide improved digital services," he added.

TechnologyOne counts on 280 large enterprise customers, according to the Australian vendor.

“Our cloud also delivered a profit of $3 million, up 217 per cent. We have revised the cloud profit for the full year to $7 million, up from a previous forecast of $5 million," Chung said

“Total annual recurring revenue is on track to reach $173 million this year, representing 55 per cent of our total revenue," he added.

TechnologyOne said it expects to invest $54 million in research and development over the full year. The company also revealed investments made in the UK where the company expects to become a significant contributor of profit growth in future years.

TechOne closed the 2017 financial year, ending 30 September 2017, with total revenue for the year of $273.2 million, a 10 per cent growth compared to the previous reporting year when the software vendor posted $249 million. Net profit after tax (NPAT) was up eight per cent, posting $44.5 million.