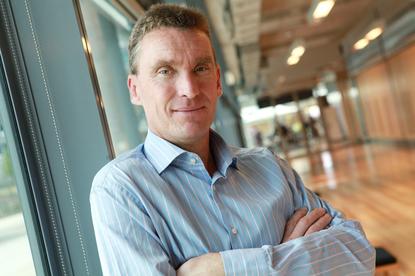 Vocus Group (ASX:VOC) has appointed Kevin Russell as the group's CEO and managing director effective of 28 May.

Russel takes over from Michael Simmons, who held the interim group CEO role and will now return to his role as chief executive of enterprise and wholesale.

Simons took on the role following Geoff Horth's departure announcement in February with the company calling the decision a mutual agreement between the parties.

Horth served as Vocus Group CEO since February 2016, when the merger between Vocus Communications and M2 Group was completed.

At the time of Horth's departure, Vocus had downgraded its full-year earnings forecast by between $5-$10 million, citing headwinds faced by its consumer division. The revised earnings guidance was placed at $365-380 million (previously $370 - $390 million).

Russell and Mark Callander, Vocus New Zealand CEO, will both join the Vocus' board as executive directors on 28 May.

“The Vocus business has excellent foundations upon which to build. I am very energised to work with a board that is clearly leading change and renewal from the top," Russell said.

"In the rapidly changing Australian telecoms landscape, there is a real opportunity to lead this company to its fullest potential by challenging existing business models and delivering exceptional value to customers.”

Russell has more than 20 years of experience in telecommunications in Australia and overseas. He was most recently Telstra Retail group executive. He has also been the consumer CEO and country chief officer at Optus from 2012 to 2014.

“Kevin is a highly experienced and respected CEO. He has an excellent mix of skills and the demonstrated strategic ability to improve business performance," Vocus chairman Bob Mansfield said.

According to Mansfield, Russell will lead Vocus through its next stage by building a high-performance team focused on developing and executing the company's strategy to deliver the potential value within the company.

“The appointment of Mark Callander to the board recognises the important contribution of the NZ business to the Vocus Group. Mark brings to the board an extensive understanding of the New Zealand market, together with the lessons learned through the successful integration of prior acquisitions," Mansfield said.

"Under Mark’s leadership, our New Zealand business is delivering the value promised by earlier transactions and has overcome many of the challenges which currently face our Australian business."

Vocus revealed in October last year that it would prepare its New Zealand business for sale. However, in April, it announced the halt of the sale process, claiming that the offers it had received from potential buyers did not reflect the value of its assets in the country.