Antimonopoly review had been the last and biggest hurdle 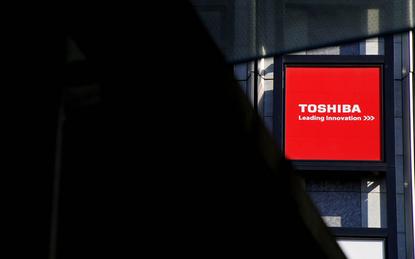 Toshiba has said that China regulators have approved the US$18 billion sale of its chip unit to a consortium led by U.S. private equity firm Bain Capital, marking the end to a year-long saga surrounding its most prized asset.

The antimonopoly review had been the last and biggest hurdle to a successful sale of Toshiba Memory, the world's no. 2 producer of NAND chips.

The Bain consortium last year won a long and highly contentious battle for the business, which Toshiba put up for sale after billions of dollars in cost overruns at its Westinghouse nuclear unit plunged it into crisis.

Any approval of the deal would come at a time of trade tension between China and United States which has fanned fears Beijing would delay reviews of major global chip deals. Xi Jinping confidante Liu He is currently in Washington to discuss the trade dispute.

"All antitrust approvals have now been received and we are looking forward to closing this investment," Bain Capital said in a statement on Thursday.

Toshiba said in a brief statement that it expects the deal to be completed on 1 June.

The prolonged review had fuelled speculation Toshiba might abandon the deal and pursue alternative plans such as an IPO for the unit.

The approval for the Bain consortium may raise hopes that Beijing will also give the green light to Qualcomm's proposed US$44 billion takeover of rival NXP Semiconductors.

Sources with knowledge of the matter told Reuters on Tuesday that there had yet to be any concrete breakthrough in China.

The deal will see Toshiba reinvest in the unit and together with Hoya Corp, a maker of parts for chip devices, Japanese firms will hold more than 50 per cent of the business - a keen wish of the Japanese government.

If approval had not been granted, Toshiba had the option of walking away. It is no longer desperate for cash after a US$5.4 billion new share issue to foreign investors late last year and some activist shareholders oppose the sale, arguing it significantly undervalues the unit.

But Toshiba's creditors, including top banks, have been keen for the deal to proceed, saying the company on its own is not able to shoulder the massive capital investment necessary to keep up with rivals like Samsung Electronics.