Comes after the company sold its Westcon Americas business to Synnex 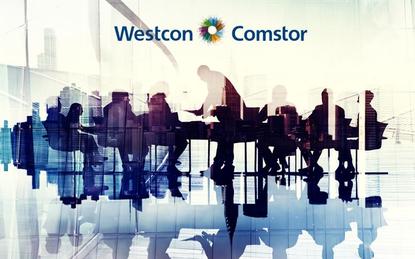 Datatec has warned shareholders to expect a year-on-year decline in underlying earnings per share for the year ending February, due in part to the weaker financial performance for Westcon during the year.

However, the publicly-listed South African multinational IT solutions and services group said that the bulk of the expected decline in underlying earnings per share for investors is primarily the result of the sale of Westcon Americas to Synnex, which was effect from 1 September 2017.

The deal saw the earnings from Westcon Americas only included in the group’s FY18 earnings for a six month period, compared to 12 months in FY17, the company said, along with the weaker performance of Westcon International during the year, when compared to the year prior.

While the group warned shareholders to expect an underlying loss per share, which excludes impairments of goodwill and intangible assets, profit or loss on sale of investments and assets, and other accounting variables, it said it expects its full-year earnings per share to see a an annual increase.

“The year over year increase in earnings per share is as a result of the profit generated on the sale of Westcon Americas to Synnex and the sale of Logicalis SMC,” the group said in a disclosure communiqué to shareholders.

Datatec said in November last year it would reshape its Weston-Comstor subsidiary through a combination of cost-reduction measures and business efficiency measures.

The figures included Westcon’s North America and Latin America businesses, which were sold to Synnex in September, and revealed falling revenues within its Westcon-Comstor distribution business in Asia Pacific, the Middle East and Africa, and Europe.

Specifically, Weston-Comstor’s year-on-year revenue in the Asia Pacific region for the six-month period fell by US$17 million to US$241 million. However, other regions saw a surge in revenue, including North America and Latin America.

Globally, however, Westcon-Comstor’s revenues were up by around US$23 million, to US$2.28 billion.

The company said intends to release its latest full year results for FY18 on 17 May.