Craig Davies is departing after a year at the helm 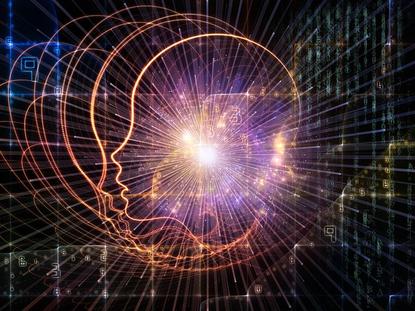 AustCyber has appointed Michelle Price as its new CEO following the departure of Craig Davies.

Davies has led the not-for-profit company, which is responsible for delivering the government’s Cyber Security Growth Centre initiative, since it was established a year ago.

He announced his decision to move on from the organisation – formally known as the Australian Cyber Security Growth Network – on social media this morning.

“Since we started in January 2017, we've made incredible progress in establishing the Growth Network and delivering on a comprehensive program for sectoral growth,” Davies, who joined AustCyber from Atlassian where he was director of security, wrote.

“We've helped many companies to think differently about their growth path, moved education in the right direction, negotiated agreements with the States and Territories to establish innovation nodes across the country and set out a plan to make Australia a global force in the cyber security market,” he added.

Co-chairs of the AustCyber board Doug Elix and Adrian Turner said the announcement reflected the organisation’s focus on program implementation.

“The board is excited to continue its strategic oversight of AustCyber as it matures and progresses towards its vision of a vibrant, globally competitive Australian cyber security industry that enhances Australia’s future economic growth,” they said in a statement.

The board thanked Davies for his leadership over the last year.

Price has served as AustCyber’s chief operating officer since before its inception, joining from the Department of the Prime Minister and Cabinet where she was senior adviser for domestic cyber policy.

“As chief operating officer at AustCyber, over the past 15 months, Ms. Price has demonstrated her ability to lead change across the cyber security ecosystem, as well as to identify and forge partnerships that deliver new growth opportunities for Australia’s economy, both domestically and abroad,” Elix and Turner said.

Price’s immediate priorities will be to forge new opportunities for Australian cyber security firms through the US Cyber Security Trade mission, which AustCyber is leading in partnership with Austrade.

The organisation is also assessing applications for its Project Fund through which industry-led cyber security projects can access up to $3 million in funding.

Price said she was “very excited” about taking the position, adding on Twitter: “I look forward to continuing our many partnerships across the economy and across the world to spread #ozcyber capability #gameon”

It is understood AustCyber mascot, the plush toy ‘Cyber Roo’, will remain at the organisation.

The $30.5 million AustCyber initiative was initially announced in December 2015 as part of the government’s ‘innovation agenda’.

According to AustCyber, over the next 10 years, the size of Australia’s cyber security sector could potentially triple, reaching annual revenue of $6 billion by 2026 — up from around $2 billion.