The deal comes after a long, 12-year relationship between the two companies 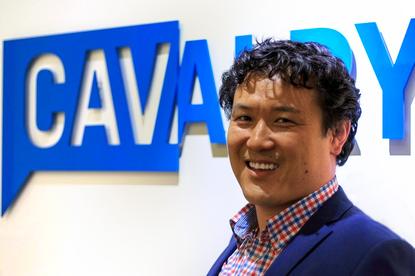 Nexon Asia Pacific has acquired Sydney-headquartered managed cloud provider and Microsoft partner, Cavalry, after a long relationship between the two companies that has stretched out over a decade.

Headquartered in Sydney and operating in Brisbane and Melbourne, Cavalry claims Veeam, Apple, Citrix and Telstra among its vendor partners, along with Microsoft, with which it is a Gold Hosting/Gold Cloud Platform partner.

The company, which offers cloud solutions, IT services, hosting, and backup and recovery, has made a name for itself servicing mid-sized organisations throughout Australia, Hong Kong, New Zealand, Beijing and Shanghai.

Nexon, as a fellow Australian-headquartered cloud and managed IT service provider, said it formed a relationship with Cavalry over 12 years ago, with the longtime partnership ultimately leading to the acquisition, the value of which remains undisclosed.

It is hoped that the acquisition deal, which was struck in late March, will strengthen Nexon’s footprint and service offering, particularly in the areas of hosted desktop, hybrid cloud consulting and managed services.

“By extending our capabilities and capacity through such partnerships we are able to offer our customers added benefits and access to additional expertise particularly when it comes to cloud services,” Nexon managing director, Barry Assaf, said.

“We are committed to fulfilling their evolving needs and how they can best leverage technology to do things better in today’s digital economy,” he said.

Cavalry’s addition is also expected to enhance Nexon’s service offering, with the companies’ collective resources set to provide enhanced capability for Nexon to continue its efforts to develop and grow its cloud services.

Nexon, which is also a major Microsoft partner, said it expected the acquisition to deliver “significate” advantages, with customers given a broader range of services, including network, cloud infrastructure, unified communications, security, business applications, and digital workspace and managed IT services.

Cavalry director, Peter Low, said that the business will continue to service its customers, and that the acquisition will simply mean existing clients will be able to tap into the extended portfolio of services offered by the combined entity.

“This new partnership with Nexon, means our clients will now have access to a broader and deeper set of solutions, skills and expertise that will support their organisational quest for innovation and purpose,” Low said.

“This is just another chapter in our growth story and we are excited for what the future holds for both our clients and our team” he said.

According to Low, the integration of the two companies is not expected to result in any redundancies, with the Cavalry team moving into Nexon's national office footprint.