IoT security spend to hit $1.5B this year 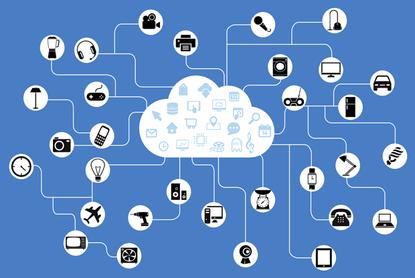 Internet of Things (IoT) security spend is expected to reach US$1.5 billion this year, if the latest forecasts by industry analyst, Gartner, are anything to go by.

The latest IoT security spend figure by Gartner represents a year-on-year increase of about 28 per cent from the US$1.2 billion spent on security in the IoT space in 2017.

The substantial increase comes off the back of a rise in attacks on IoT infrastructure, according to Gartner, with a survey carried out by the analyst firm finding that nearly 20 per cent of respondent organisations observed at least one IoT-based attack in the past three years.

The IoT landscape has long been considered a potential landmine in terms of cyber security thanks to the increased attack surface with which the growing number of connected devices tends to imbue enterprises employing such technology.

"In IoT initiatives, organisations often don't have control over the source and nature of the software and hardware being utilised by smart connected devices," Gartner research director, Ruggero Contu, said. "We expect to see demand for tools and services aimed at improving discovery and asset management, software and hardware security assessment, and penetration testing.

“In addition, organisations will look to increase their understanding of the implications of externalising network connectivity. These factors will be the main drivers of spending growth for the forecast period with spending on IoT security expected to reach [US]$3.1 billion in 2021,” he said.

At the same time, however, Gartner suggests that a lack of prioritising and implementing security best practices and tools among enterprises will stand as the biggest inhibitor to growth for IoT security. This is expected to hamper the potential spend of IoT security by around 80 per cent.

While Gartner doesn’t go into detail about how it comes to the 80 per cent figure, Contu said that for most IoT security implementations, coordination via common architecture or a consistent security strategy is all but absent, leaving vendor product and service selection remains largely ad hoc.

That said, Gartner expects regulatory compliance to become the prime influencer for IoT security uptake by 2021, a factor which will no doubt see more structure and planning around IoT security implementation.

“Industries having to comply with regulations and guidelines aimed at improving critical infrastructure protection (CIP) are being compelled to increase their focus on security as a result of IoT permeating the industrial world,” the analyst firm said.