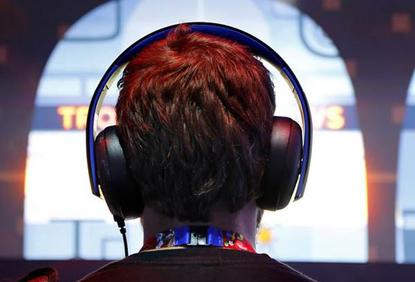 The Australian Greens have committed $100 million to a new Games Investment and Enterprise Fund, in a bid to invest in game development projects and help local games companies grow their businesses.

The Greens’ Video Games spokesperson, Senator Jordon Steele-John, said the Greens would also extend the Producer Tax Offset and the Post, Digital and Visual Effects Offset to video game developers in a bid to help bring investment into Australia.

In addition, the Greens wants to allocate $5 million to assist in the development of creative co-working spaces, drawing inspiration from The Arcade in Melbourne

“Video games are culturally, artistically and economically significant; the industry in Australia has gone from strength to strength in spite of the Turnbull government and we would like to support that growth into the future,” Steele-John said.

“They help shape young minds and tell stories, and form part of Australia’s artistic landscape bridging and feeding into other artistic communities and mediums,” he said.

According to Steele-John, the video game industry is worth more than $3 billion annually in Australia and over $100 billion worldwide. As such, the Australian Greens see video games as a key component in the country’s digital future.

The Greens’ new pledge for the local gaming industry comes after the Federal Government tabled its response in February to the recommendations laid out in a Parliamentary Committee report arising from an inquiry into the future of Australia’s video game development industry.

The final report by the Parliamentary Committee was released in late April 2016, with the Federal Government eventually tabling its official response to the report almost two years later, on 6 February.

“The Government is rejecting the recommendations of its own members and Minister Fifield [Australian Minister for Communications] is robbing all Australians of the right to benefit from the significant cultural and economic contribution that a thriving Australian games industry would provide,” Steele-John said in a statement at the time.

While support for the local video game industry has been an ongoing point of contention between the Greens and the Liberal-National Coalition-led Federal Government, Australia’s State Governments have made some headway supporting the industry on a smaller scale.

The Labor-led South Australian Government, for example, which is looking down the barrel of its next State election, late last year pledged $2 million into a new Digital Games Development Hub in Adelaide.

The new hub is being operated by Game Plus, which claims Microsoft, Google Cloud and AWS Activate as partners, and already has a collaborative workspace for game developers and related specialist technology start-ups in the nation’s capital, Canberra.

It is expected to create up to 500 new local jobs in the multi-billion dollar digital games industry.