Macquarie Telecom Group reported a 29 per cent year-on-year rise in net profit after tax, for the six months ending December 2017, to $8 million. 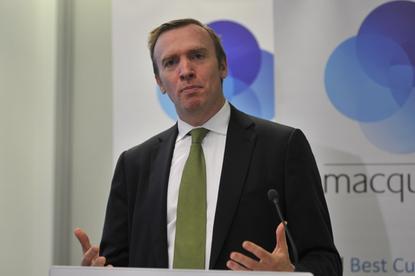 Macquarie Telecom Group’s (ASX:MAQ) CEO, David Tudehope, has flagged a concerted investment in, and focus on, cloud and cyber security for the company going forward, after capping off seven straight halves of growth.

“Sustained growth in profitability over the last seven halves has allowed Macquarie to consider opportunities to invest for future growth,” Tudehope told shareholders. “We are well positioned to continue to benefit from the megatrends of cloud and cyber security”.

The publicly-listed telecommunications provider has already made great strides in cloud with its subsidiary, Macquarie Cloud Services, which has been winning major deals in the local market for some time.

The company’s cloud subsidiary has also played a role in the bidding war for Bulletproof (ASX:BPF), being marked as the business via which Macquarie Telecom Group proposed to acquire the fellow publicly-listed cloud services player before IT services firm AC3 swooped in with its own proposal.

In its latest half-yearly financials, released on 27 February, Macquarie Telecom Group reported a 29 per cent year-on-year rise in net profit after tax (NPAT), for the six months ending December 2017, to $8 million.

This was off the back of $114.9 million in revenue, an increase of eight percent on the first half the year prior.

Group earnings before interest, tax, depreciation, and amortisation (EBITDA), meanwhile, came in at $22.5 million, an increase of 28 per cent.

The group’s hosting business contributed external service revenue of $43.8 million, an increase of 23 per cent, and EBITDA for the segment came in at $13.4 million, representing a 38 per cent year-on-year surge.

The company’s telecom business, however, saw a decrease in both revenue and EBITDA, to $71.1 million and $9.1 million, respectively.

Macquarie told shareholders that, based on demand, the business will over the next three months decide on whether to build or buy additional data centre capacity.